Read stories from local-food advocates around the world in the latest edition of the Slow Food Almanac. 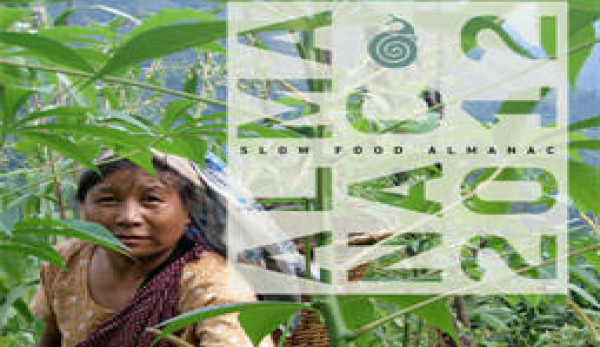 Each year, Slow Foodâ€™s editorial board compiles the book to highlight local producers from around the world, to raise awareness about food products and farming practices, and to showcase current Slow Food campaigns. The 2012 edition was organized to highlight the Slow Food activities taking place on different continents. Stories in the 135-page book include information about:

The almanac also contains a listing of 365 Slow Food projects taking place in 56 countries as of August 2012.

One of the major themes playing a role in the 2012 almanac was of “the Commons,â€ť a term used to describe the natural resources available to a society, such as land, air and water.

“Our world is being threatened by land-grabbing, ocean-grabbing [and] deforestation,â€ť says Jenny Best, director of operations and public affairs for Slow Food USA. “We must stress that preserving our seas, the lands and the forests will preserve biodiversity, our food and the planet.â€ť

This theme plays into an overarching idea that is generally at the forefront of the Slow Food movement: how food can change the world.

“Through food, we can create alternatives to the current industrial model, [which is] neither sustainable nor desirable,â€ť Best says.

Although the 2012 Slow Food Almanac focused on Africa, Europe, Asia and Latin America, areas of the world also highlighted during the October 2012 Terra Madre gathering, Best says Slow Food advocates can expect to find more from North America and Australia in the 2013 edition, which will be structured around campaigns, biodiversity and education. Nonetheless, people from around the world can find items of interest in the current edition that they can apply to their home communities.

“Hopefully, the almanac inspires people to want to know more,â€ť Best says. “I think, too, it can motivate people to get in touch with producers highlighted in the Almanac. At a minimum, we hope it inspires and educates current Slow Food supporters and attracts, through inspirational stories, people who want to get more involved.â€ť

The 2012 Slow Food Almanac is available in English, Italian, German, Spanish, French and Portuguese. You can also download past editions of the almanac from past years on the Slow Food International website.