Smoke Vs. Sugar Syrup: Which Works Best For Hive Inspections?

Whether you take the traditional approach to beekeeping is up to you, but why change what’s worked for thousands of years? 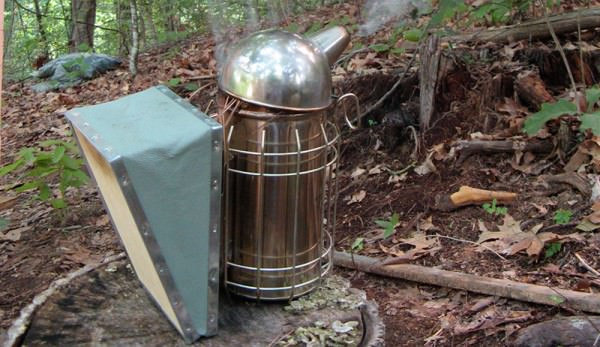 As the popularity of keeping bees soars, it’s only natural to question tradition. It makes sense that new beekeepers—those just learning about keeping bees either from books, the internet or directly from mentors—would challenge some time-honored practices. (If we didn’t, how would we ever grow?) One question I often see bounced around in my local bee club is rather rudimentary, but it never fails to ignite (pun intended) the ire of some old school beeks: Is it possible to manage an apiary without the use of smoke?

The challengers, of course, are referring to the use of sugar syrup to manage colonies, rather than smoke.

Smoke has been used for thousands of years by cultures around the world to manage and harvest honey from both feral and domestic honeybee colonies. Smoke is understood to mask the pheromones given off by all bees, their communication life-line. Without this ability to communicate and read and interpret each other’s alarm pheromones (which smell like banana to the human nose, incidentally), the bees are rendered passive and are more likely to tolerate having a beekeeper nearby. This allows the beekeeper to conduct important inspections, check on the queen, rearrange supers, feed the bees if necessary and, of course, harvest honey (among many, many other important duties).

Honeybees instinctively move away from smoke, so the beekeeper can more easily manipulate the members of the colony and risk fewer injuries to the bees. For example, simply blowing smoke on the top of the frame will quickly clear the frame of bees. This is a handy trick when putting supers back together if you don’t want to squish (and injure or kill) your bees. Just as important as the reduced risk to the bees is the reduced risk to the beekeeper: The use of smoke drastically lowers the chances of getting stung because those alarm pheromones aren’t flying around, making your bees jumpy.

Sugar syrup, on the other hand, is used by making the concoction (usually 1:1 ratio of water to sugar), placing it in a spray bottle and spraying it directly onto the bees once in the hive. While traditionally, beekeepers using smoke might blow a puff or two into the entrance of the hive to start “calming” the bees down, beekeepers using sugar syrup must first open the hive to apply it. This already puts the syrup-using beekeeper at a disadvantage.

The sugar syrup coats the bees, and they work furiously to clean themselves and each other. This buys some time for the beekeeper to conduct his or her inspection while giving the bees something to do. However, sticky bees can quickly become agitated—and they can still transmit alarm pheromones.

Syrup-coated bees are not easily moved or manipulated, so it’s often hard to close up a hive once the inspection is complete without crushing bees. (It’s important to note that the simple act of crushing a bee releases an alarm pheromone. The same applies to a bee who has recently stung). The greatest disadvantage to using sugar syrup is that it’s unlikely a beekeeper will be able to spray every single bee, thereby leaving some bees unoccupied and potentially angered by the beekeeper’s presence.

So What Should You Do?

The consensus among experienced beekeepers is that while sugar syrup may work for the inspection of a small, docile colony once in awhile, it’s best reserved for use on packages and swarms. At times of dearth (little to no blooming flowers), some beekeepers like to use both sugar syrup and smoke, offering a snack to hungry bees while calming them for an inspection. For serious hive inspections, though, or while inspecting multiple hives in a large apiary, have a properly lit smoker at the ready. If you do choose to use sugar syrup as your first tool for any inspection, large or small, having a lit smoker standing by just in case is a wise move.