Snakes on the Plains: Certain Serpents Are Favorable to Farms

Although some resemble venomous snakes, these species are harmless to humans and help control rodents and insects. 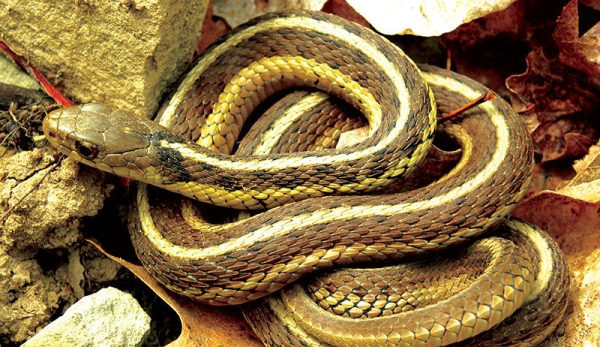 From the dawn of time, snakes have gotten a bad rap. It might be because of their long slithering bodies, beady eyes or flickering tongues. More likely, itãs the threat of death by venom and the clandestine way in which they move around. The result? Snakes arenãt very popular with many people. However, while some serpents definitely deserve their villainous reputations, other snakes are definitely assets, especially on the farm. Here are three of the good guys.

Thamnophis spp. (pictured above) live throughout most of the U.S., with many species, subspecies and colorings. These snakes do have a slightly toxic bite but an ineffective means of delivery. They pose no danger to humans.

Pantherophis obsoletus is a nonvenomous member of the constrictor family that ranges throughout the eastern U.S. and as far west as Oklahoma and Texas. These snakes are also popular as pets.

Members of the constrictor family, king snakes get their name from their ability to kill and eat other snakes, even venomous ones, without being affected by the venom. They can eat snakes the same size as themselves or larger. They are popular as pets.