Snow Blower, Snow Plow or Both: Which Do You Need?

Expecting a lot of snowfall this winter? A snow blower, a snow plow (or both) can help keep your farm operational during snow season. But which do you need? 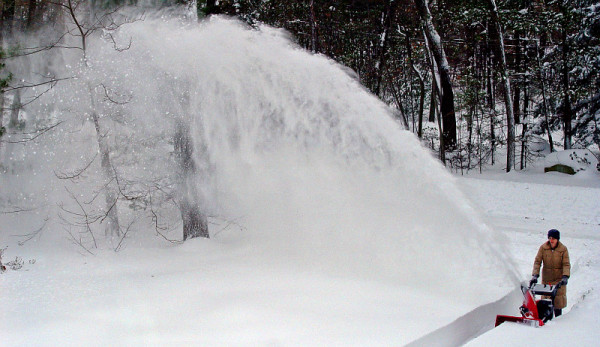 Winter is upon us; thereâ€™s no denying it now. The season officially began a few days ago, but on my northern Wisconsin farm, it has been here to stay for the better part of three weeks. In fact, as I write this, thereâ€™s more than a foot of snow on the ground.

On the farm, dealing with all this snow requires some machinery. After all, we canâ€™t let the daily farm activities grind to a halt because we can’t move around through the snowâ€”we need to keep paths cleared so we can keep things running smoothly.

Two of the primary tools for dealing with snow (aside from the tried-and-true snow shovel) are the snow blower and the snow plow. Both machines have pros and cons that make them better suited to some tasks over others. The question is: do you need a snow blower, a snow plow or both? Here are some factors to consider.

Pros: The biggest advantage that snow blowers offer is their ability to propel the snow away from the path youâ€™re clearing, rather than shoving it off to the side or piling it up in front of the plow. This makes for very neat and tidy paths while also ensuring that the machine doesnâ€™t get bogged down by large amounts of snow.

In addition, a snow blower is the perfect choice for going â€śoff roadâ€ť and clearing paths to your barn, your shed, your livestock pastures and so on. You might not be able to get a powerful plow truck to all of these locations.

Cons: Most snow blowers arenâ€™t very big, and using one for clearing large areas of snow (such as a lengthy farm driveway) takes a long time and is tiring as well as inefficient. Generally speaking, a snow blower is slower to use than a snow plow (though a snow blower attachment for an ATV can certainly make it easier.)

Pros: If you have a long driveway to clear, a snow plow is the answer. A large snow plow can move a huge amount of snow in a short amount of time, which is a must for those days when two feet of snow falls from the sky and you need to get your driveway cleared as soon as possible.

Cons: A small plow truck (or an ATV/UTV with a snow plow attachment) might have trouble moving large amounts of wet, heavy snow, in which case a slow, methodical snow blower has the advantage.

If you have a short driveway and donâ€™t envision clearing large areas of snow, a snow blower might be the only tool you need. On the other hand, if a long driveway is your main concern, and clearing paths to different buildings and pastures is less important, then a plow truck (or a snow plow-equipped ATV or UTV) is the better choice.

Then again, if you need to clear all amounts of snow from all sorts of terrain, maybe you want to have a snow plow as well as a snow blower waiting for those snowy days. After all, weâ€™re farmersâ€”and weâ€™re always looking for a good excuse to get some new equipment, right?