Not all bacteria in the soil may be bad for you. 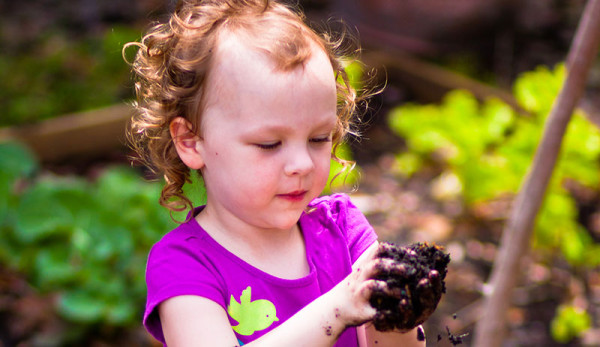 Most of us spend a lot of time in a garden work routine, thinking about protecting ourselves from what is in the soil, whether that is by wearing gardening gloves, thoroughly washing produceÂ or using a nail brush afterwards. There are all sorts of bacteria, fungi, protozoans and parasites that we donâ€™t want to carry with us as we move from garden to kitchen.

In all of this caution, what many of us donâ€™t think about is the beneficial organisms that may be dwelling in the dirtâ€”several of which are a beneficial or even vital part of a healthy human microbiome, composed of a â€śmycobiomeâ€ť of fungi and â€śbacteriomeâ€ť of bacteria. As it turns out, working with the soil can go a long ways towards replenishing some of these microscopic friends.

Often inhaled or ingested accidentally while spending time in close contact with soil, a soil bacterium called Mycobacterium vaccae is one of many beneficial microorganisms ubiquitous in outdoor environments. It has been found to stimulate serotonin production, which reduces anxiety and depression in much the same way as antidepressants do. Additionally, it has been theorized that this bacterium can stimulate increased learning behavior in mice.

Similarly cosmopolitan in soils around the globe are ammonia-oxidizing bacteria (AOB) like Nitrosomonas eutropha. These bacteria, vital to the soil nitrogen cycle, feed on ammonia in sweat and have been tested as a potential probiotic medicine for skin conditions like acne, wounds and eczema.

These two discoveries from the last decade are likely the tip of the iceberg in a rich world of human-microogranism interaction and interdependence.

All of this is not to say that every gardener should throw caution to the wind with a post-garden hygiene routine, but rather that embracing getting a little dirt up your nose every so often could have more far-reaching benefits than we currently understand.