You can pasture your livestock and not become dependent on dewormers—here's how and why you should. 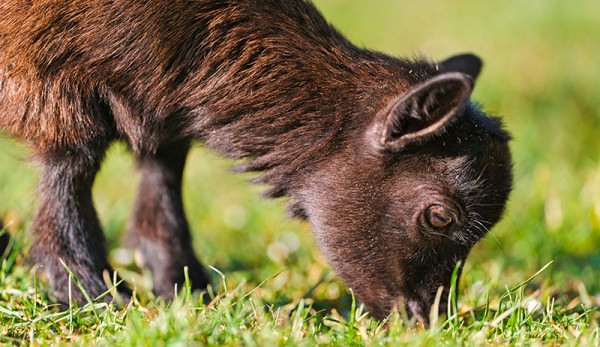 It surprises many new livestock owners to hear that parasites are the leading cause of death in sheep and goats. We never hear of dogs and cats dying from parasites. Why don’t people give sheep and goats drugs to save them? In many herds, there is nothing that can be done to save animals from death because the parasites are resistant to all of the dewormers. Unfortunately, it’s a problem caused by well-meaning farmers following outdated advice.

It’s not unusual to hear farmers talk about deworming routinely on a schedule, moving goats to clean pasture after deworming, deworming all does after kidding, deworming the whole herd when one has a parasite overload, and deworming 10 days after the initial deworming to kill parasites that have hatched since the first deworming. These were all commonly recommended practices in the 1990s, according to Steve Hart, Ph.D., goat extension specialist at Langston University. However, recent research has proven that they are all losing strategies that ultimately cause dewormer resistance in the parasites. Everyone has heard of antibiotic resistance where bacteria are not killed by commonly prescribed antibiotics, and dewormer resistance is similar.

All dewormers fall into three classes. Benzimidazole dewormers are nicknamed the white dewormers because they are all white liquids, and they include fenbendazole and albendazole. Macrocyclic dewormers are all clear liquids, such as ivermectin and moxidectin. Imidazothiazole dewormers are usually sold in a solid state, such as a water-soluble powder, a bolus, a medicated feed or a feed additive, including morantel tartrate and levamisole. Once the worms are resistant to one of the drugs, the other dewormers in that class will not work well because they all have the same mode of action.

Here are five questions that should be considered when dealing with deworming.

Why shouldn’t you deworm all goats routinely on a schedule to keep parasites under control?

Because the more often you use a dewormer, the faster the worms will become resistant to it. When you give a dewormer to an animal, it doesn’t kill every single worm, and every worm that survives is now resistant to that drug. The only reason that any dewormer works more than one time on a goat is because the goat is continuing to ingest parasites from the pasture. Those parasites hatched from eggs that were laid by parents before the sheep or goat had been treated, so they are not resistant to the drug.

Why shouldn’t you move goats to clean pasture immediately after deworming?

If you move the goats to clean pasture, they won’t be ingesting more worm larvae; however, that means that 100 percent of the surviving worms in their digestive tracts are resistant to the dewormer that was used, so if you dewormed the whole herd, they are now breeding ­dewormer-resistant worms. Those eggs are being deposited on the pasture, so 100 percent of the larvae being ingested from that pasture will be parasites that are resistant.

Why shouldn’t you deworm all does after kidding to reduce the post-
parturient rise in fecal egg count?

Published research as far back as the 1960s mentions the fact that many ewes and does will wind up with a heavy load of parasites following lambing or kidding. It seemed logical to treat them after birth to avoid a worm overload. However, the problem with those studies is that they were done on groups of animals that were all on the same farm. There were also studies published that showed this did not happen, which should have led researchers to realize that there was more at work here than simply birthing.

We now know that many management practices that can affect parasite levels in a herd, such as pasture rotation and scheduling breeding so that births happen when pasture parasite loads are at their lowest. “There are many studies showing the post parturient rise in fecal egg count and worm burden in sheep and goats,” Hart says.

Why shouldn’t you deworm the whole herd if you know one animal has a really high level of parasites?

Veterinarians used to say that it’s only logical that if one animal has a high level of parasites, every animal in the herd will. Unfortunately, this was not based on research.

When researchers have checked the fecal egg counts of every animal in a herd, they’ve discovered that it varies widely and that 80 percent of the total parasites are in only 20 percent of the animals. One year when I had a buck die from parasites, I checked fecals on the other five bucks in his pen, and none of them had a problem.

Why shouldn’t you always give a second dose of dewormer 10 days after the first dose to kill parasites that have hatched since the first deworming?

The goal here is a vain and misguided attempt to get an animal’s parasite load down to zero, which is impossible with an animal that eats off the ground where they poop and leave parasite eggs and larvae. Nor is it actually desirable to have zero parasites in their gastrointestinal tracts. In small numbers, parasites don’t have a negative effect upon sheep and goats. In fact, Haemonchus contortus (barber pole worm) only exists in sheep and goats, so if they kill their host, they’ve killed themselves.

For the past five or six years, researchers have recommended that sheep and goats only be given a dewormer when it’s negatively affecting the animal. Symptoms of a parasite overload include anemia, poor body condition, diarrhea or bottle jaw, characterized by swelling under the jaw. You won’t usually see all of these symptoms in a single goat, as different symptoms are indicative of different parasites.

Dewormers need to be given in the correct dosage. Most dewormers are not labeled for goats, which need 1½ to 2 times more medicine than cattle or sheep. If you give the cattle dosage to a goat, it won’t kill many parasites and will leave behind many that are resistant to the drug. To be sure you are giving the correct dosage to a goat, check the Food Animal Residue Avoidance Databank website.

Continue to use the same dewormer until you see that it’s no longer working. Yes, this is contrary to the advice 10 years ago to rotate dewormers each time you medicate a goat. Researchers discovered that by rotating dewormers regularly, it simply made parasites resistant to all dewormers more quickly than if one dewormer was used judiciously until it no longer worked. In fact, if you follow the recommended practices outlined here, you should never have a problem with resistance, and dewormers will continue to work when you need them most.

Reducing The Need For Dewormers

Add tannin-rich plants to your pasture. Plants such as sericea lespedeza, birdsfoot trefoil and chicory have high levels of tannins that have been shown to reduce parasite loads in sheep and goats.

Practice rotational grazing. Subdivide your pastures so you can move your goats to new pasture when the grass is no shorter than 6 inches, and don’t bring them back to a piece of land for at least six weeks.

Raising livestock in the 21st century often means looking to the internet to find answers when faced with challenges. But if you look at 10 different websites, you may find yourself sifting through 10 different answers, and this is especially true when looking for information on internal parasites in small ruminants. Sheep and goat owners often ask me why they see so many different opinions on parasites and how they can figure out which ones are correct.

If a university, extension office or other government agency published a study or article, and you can find a publication date, it will often give you a clue about the likelihood of its accuracy. Because new research is being done all the time, older information is less likely to be accurate, especially things published more than 10 years ago, which were often based on assumptions.

There was very little research done on sheep and goats more than a decade ago because they are considered minor species in the United States: Most wool and meat from lambs and goats are imported. Research logically focused on cattle and pigs, which were more profitable to American farmers, leaving veterinarians to simply make educated guesses when it came to dealing with sheep and goats. Because, like cattle, they are ruminants, the theory was that you could just treat them like little cows. Unfortunately, there are still a lot of websites that contain old information. People still share dewormer charts on Facebook that were published more than a decade ago.

For the most current information about deworming, check out the following organizations: