When it comes to home remedies, the list is long for treatments to help chicken ailments. However, not all are as effective as you may be led to believe. 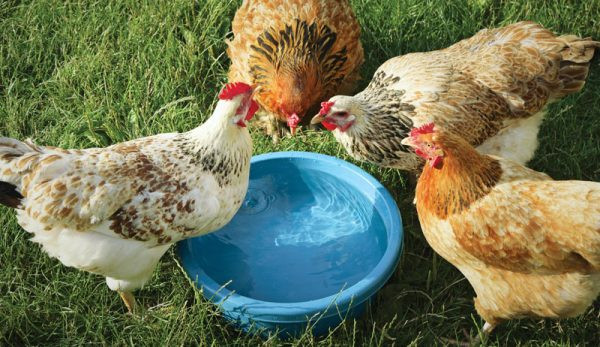 Home remedies for humans and animals alike are as old as (or older than) traditional medicine. The challenge in determining what works as a magical elixir and what is snake oil can be difficult.┬á

The seemingly simple question of ÔÇťdid my chicken get better because I gave it apple cider vinegar and rubbed a magnet on its crop and left-wing counter-clockwise versus it got better on its own?ÔÇŁ can be a challenging, time-consuming and expensive answer to determine.

In lieu of getting a Ph.D. in epidemiology and running your own randomized clinical trial, this article is meant to summarize what we know (or think we know) about various chicken home remedies.┬á

Before we go over some common home remedies common amongst chicken keepers, remember we arenÔÇÖt in the Dark Ages. We do have science.

You can go onto Google Scholar and have some level of access to tens of millions of scientific articles. We take it for granted, but in the scientific world, Google Scholar is the greatest invention to facilitate information sharing since the library (7th century) and the Gutenberg press (15th century). ┬á

Long story short, if you donÔÇÖt believe me or want more detail, head over to Google Scholar. You can read the research. And if you really are curious, the authorsÔÇÖ contact information is part of the article.

We scientists are boring but harmless, and we love that someone reads one of our papers and is interested enough to contact us. We also donÔÇÖt make any extra money by recommending a product. So you know if we recommend something, we donÔÇÖt have any conflict of interest.

Some chicken home remedies actually are magical elixirs. LetÔÇÖs start with a few of those.┬á

At 500 parts per million, oregano oil can be used as a preventative and a treatment for coccidiosis. Add it to the water as directed.

You can also give dried oregano, but there is less of the active ingredient (aka polyphenols). And you donÔÇÖt want to displace too much of your birdsÔÇÖ regular feed with oregano leaves, so stick with the essential oil of oregano if you want the greatest effect.┬á

Read more: Oh, oregano! This powerhouse herb deserves a place in your garden.

You can use this honey in your tea and then use it on your chickensÔÇÖ wounds. Just make sure you wash your hands after!

Manuka honey has gone from mere folklore and alternative medicine to legit antimicrobial. After you clean out a wound with a dilute soap and water solution (always flush with plain water so no soap residue remains), you can use manuka honey on wounds. The honey has a broad spectrum of action against various types of bacteria. ┬á

However, while the value of manuka honey as a home remedy for wound management is becoming more and more established, one challenge is how to apply it on a chicken wound. Because itÔÇÖs so sticky, it tends to attract bugs and dirt.

Hence, while it works, consider a less-is-more approach (keeping the wound clean). If you use the honey, make sure to cover the wound with a bandage. I like Tegaderm bandages, which you can purchase over the counter.┬á

Fermenting feed increases the digestibility of the feed, helping with weight gain that ultimately can help with egg production. This is especially true in pullets as weight gain is one of the best predictors of pullets becoming full-fledged laying hens.

Ones that DonÔÇÖt Work

For each of the home remedies that do work, there are hundreds of ones that do not help chicken ailments. Here are some that are pure snake oil.┬á

For some reason, apple cider vinegar is seen as a panacea for chickensÔÇÖ, horsesÔÇÖ and a bunch of other animalsÔÇÖ problems. However, absolutely no scientific articles support this.

Obviously, absence of evidence is not evidence of absence. But no evidence exists that it works in the way that some people irresponsibly say it does.┬á

Some flock owners report that placing fresh or dried herbs in the chicken coops repels mites, lice and other ectoparasites. Unfortunately, no research has shown the efficacy of this.

The idea may have originated from the observation of what different birds use for their nests. Baby chicks, however, donÔÇÖt nest in the same way as other birds. Long story short, the leaves themselves likely donÔÇÖt have enough of any toxic compound to repel ectoparasites.

Does this easy-to-grow garden staple work as a poultry dewormer? Nope!┬á

Allicin, one of the active ingredients in garlic, has been found to be antibacterial, antifungal and antiparasitic. However, the research literature doesnÔÇÖt show it to produce any reduction in various worms, including roundworms.┬á

However, tomato pomace (aka the leftover material from tomato processing) has been shown to be an excellent source of vitamin E, which is used as an antioxidant in broiler meat.

Using topical flea medications, such as Advantage and Frontline, on poultry does work to kill fleas and mites. However, because chickens are food animals, you need to consider how long it takes for the active ingredient (fipronil) in the drug to be metabolized.

We donÔÇÖt currently know how long it takes to eliminate fipronil from chicken eggs and meat after you stop treating your chickens with the topical flea medication. For that reason, donÔÇÖt use medications (even over-the-counter medications) that might seem harmless on or in your chickens.┬á

As you can see, the snake oil list is longer than the magical elixir list. In summary: If itÔÇÖs too good to be true, itÔÇÖs probably not true.

OccamÔÇÖs razor is a famous saying from the English philosopher William of Ockham. It basically means the simplest explanation is correct. Based on that principle, apple cider vinegar, toothpaste and the feathers of an African swallow are good for cooking, brushing your teeth and flyingÔÇöbut not good for chicken remedies.

My recommendation is to be a skeptic and ask people for experimental proof that is repeatable!┬á

This article originally appeared in the November/December 2022 issue of┬áChickens┬ámagazine.

Maurice Pitesky is a faculty member at University of California School of Veterinary Medicine-Cooperative Extension with an appointment in poultry health and food safety epidemiology. Dr. Pitesky earned his B.S. in biology from UCLA, and his DVM and MPVM from UC Davis. Pitesky is also boarded in Preventative Veterinary Medicine (DACVPM). PiteskyÔÇÖs research interests are focused in mapping of avian diseases, food safety epidemiology and in gaining a better understanding of small scale poultry production with respect to environmental sustainability, poultry health and food safety.