Some Fun Chicken Facts To Share With Your Friends

Chickens are amazing creatures, but don’t take our word for it. These chicken facts will astound your friends and maybe even teach you something about barnyard fowl! 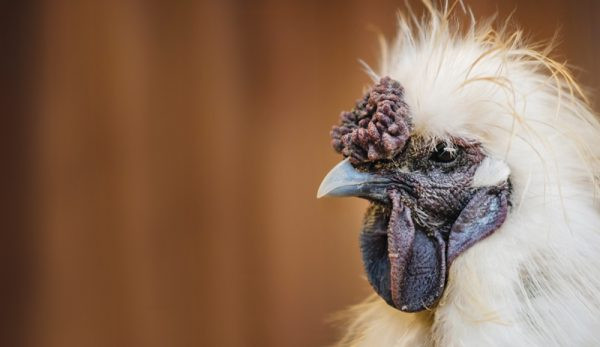 To the average person, chickens may seem like simple creatures. But there’s much more to these fine-feathered beauties than meets the eye.

I bet you a basketful of eggs you don’t know all the following chicken facts!

Chickens (really birds in general) are the closest living relatives to T. rex, according to a recent study. After retrieving collagen from a T. rex bone found by John Horner of the Museum of the Rockies in 2003 between Wyoming and Montana, researchers compared it to 21 different animals.

The collagen was most similar to chickens and ostriches.

“Most of the collagen sequence was obtained from protein and genome databases, but we also needed to sequence some critical organisms, including modern alligator and modern ostrich, by mass spectrometry,” says researcher John Asara.

“We determined that T. rex, in fact, grouped with birds—ostrich and chicken—better than any other organism that we studied. We also showed that it groups better with birds than modern reptiles, such as alligators and green anole lizards.”

“Bird brain” is actually a compliment. Chickens are not stupid by any means. From an early age as baby chicks, they can count and perform basic arithmetic, according to “Arithmetic in Newborn Chicks,” published in the April 2009 issue of The Royal Society scientific journal.

A chicken isn’t necessarily beholden to facts, either, as the birds can practice deceit. Ever seen a rooster pretend to have found a tasty morsel just to lure the females over?

The birds were more likely to pick the key with the 6-second delay: Longer wait equaled larger food reward.

In her article for the American Kennel Club (“How Chicken Camp Made Me a Better Dog Trainer”), professional dog trainer Stephanie Gibeault wrote that “training requires practice to become proficient, but most of us practice on our own dogs. Because of the emotional attachment we have to our pets, those feelings can get in the way of training, especially when things get challenging or we’re working toward a competition.”

Gibeault chose chickens because they don’t come with any of that emotional baggage (unless they are your own birds!). Dog trainers can hone their skills without worrying about the consequences.

“If your chicken doesn’t learn to walk around miniature pylons, she will be just fine,” Gibeault says.

The love game of chickens is more complicated than it may look. Hens have subtle ways of being in control of who fertilizes their eggs.

According to a study that appeared in the September 2011 issue of the journal The American Naturalist, hens can eject sperm after roosters mate with them.

The researchers summarized the study stating that “even though hens aren’t terribly picky about their mates, they are picky about whose sperm makes it to the egg. Female domestic chickens generally mate with multiple males and are known to sometimes eject sperm following mating encounters. It was unclear, however, whether the sperm ejection was a consequence of receiving a large amount of ejaculate or because hens are actively trying to rid themselves of undesirable sperm.”

A chicken can remember and recognize several faces, including humans, and, in one of the odder facts, will apparently appreciate beautiful ones. In a 2002 study published in the Human Nature scientific journal (“Chickens Prefer Beautiful Humans”), chickens were shown to have the same preference for certain human faces as humans do.

In the study, a small group of chickens were shown pictures of humans on a screen. They pecked more at the pictures showing symmetrical faces, the same pictures that humans chose when they took part in the experiment.

“We trained chickens to react to an average human female face but not to an average male face (or vice versa),” researchers wrote. “In a subsequent test, the animals showed preferences for faces consistent with human sexual preferences.… This suggests that human preferences arise from general properties of nervous systems, rather than from face-specific adaptations.”

Chickens have impeccable eyesight. They can even use each eye independently for different tasks!

According to researchers at Washington Uni­versity School of Medicine in St. Louis (Missouri), chickens see color better than humans—and most other mammals, for that matter.

“Based on this analysis, birds have clearly one-upped us in several ways in terms of color vision,” said study author Joseph C. Corbo.

“Color receptor organization in the chicken retina greatly exceeds that seen in most other retinas and certainly that in most mam­malian retinas.”

Eggs come in many colors. But according to Shelby DeVore, agriculture educator in western Tennessee and founder of Farminence, all chicken eggs start out as white eggs.

“[The] shell is created primarily from calcium, a white mineral,” she says. “Hens that lay colored eggs actually add pigment to the outside of the fully-formed eggshell. That’s why if you scrub an egg too hard when cleaning it, it looks like some of the color comes off. [You’ve] scrubbed some of that colored pigment off!”

Joe Schwarcz, the director of McGill University’s Office for Science and Society in Montreal, Quebec, explains that the color of the lobe varies with the breed of the chicken, ranging from white to almost black.

“Chickens with white earlobes lay white eggs exclusively while birds with dark lobes lay brown eggs,” he says. “The fascinating Araucana breed of chickens can even have earlobes that are a pale green or blue color. Sure enough, they lay eggs of the corresponding hue.”

This whole process is controlled by genetics, which means the color of the eggs is under genetic control.

Read more: Build a flock that will give you every egg color in the coop!

Chickens can make excellent mothers, sometimes even adopting other birds or other species. They protect their chicks, show them what to eat and not eat, and teach them proper behavior. Chicks reared by mother hens show less fear and higher levels of behavioral synchronization.

This was shown in the study “Influences of Maternal Care on Chicken Welfare,” which appeared in the January 2016 issue of Animals, an international, peer-reviewed, open-access journal devoted entirely to animals.

“Chicks reared without a mother in this way are more fearful and more likely to develop behavioral problems, such as feather pecking,” the authors write.

The mother-child bond starts before the chicks are born. When a broody hen sits on her eggs, she and her babies actually talk to each other. If an embryo lets out a distress call, the mother hen responds by moving or vocalizing to the chick.

Hearing the clucks and purrs, the chicks learn their mother’s voice before they even hatch.

“[This] is essential to their survival after hatching,” DeVore says. “If you are incubating eggs, you can talk to the eggs to help the chicks learn your voice also.”

Roosters can make good parents, too. They protect the flock, and occasionally roosters have adopted baby chicks, sheltering them under their wings, finding them food and taking on the general role of mama.

As you can see, there’s much more to chickens than meets the eye. Hopefully this article revealed some fun and new facts about these beloved barnyard chickens. Don’t be “chicken” about sharing these facts with friends!

This article originally appeared in the January/February 2021 issue of Chickens magazine.