In just three months, Vermont will require GM food labeling, but giant food corporations are getting a jump on national labeling before that. 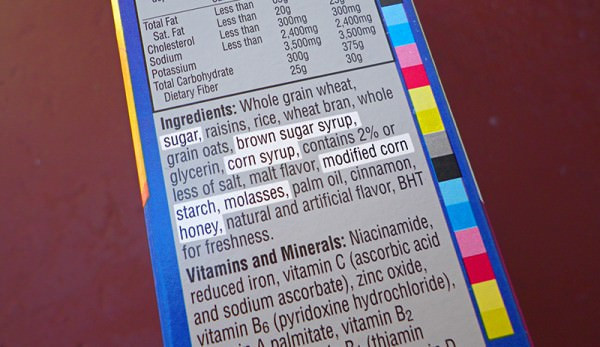 What might have been the Senate’s last hope to block the Vermont genetically modified organism food-labeling bill that goes into effect on July 1 ended earlier this month when the Senate failed to pass the Biotechnology Labeling Solutions Bill. This law would have replaced any state-mandated GMO labeling laws with a national voluntary labeling standard, continuing to leave American consumers clueless as to whether they’re consuming GM foods. It’s the cousin to the Safe and Accurate Food Labeling Act, which you’ve been hearing about for a few years now.

This is good news, as far as I’m concerned, because I am all for knowing where my food comes from and how it was produced. On the downside, we now have one tiny stateâ€”Vermontâ€”with a GM-labeling bill but still no national standard. This forces food manufacturers to label the foods they sell to Vermont but doesn’t require that they carry this label on to food that’s sold in other states. As of right now, each state in the nation can decide it wants its own GM-labeling law, and each state can put forth any requirements that it wants. Soon, we could have foods with completely indecipherable labels thanks to a patchwork of labeling standards. My hope is that Vermont’s effort will go well and we’ll quickly be able to put a national standard in place based on its success.

Back to what I just said about food manufacturers not having to carry GMO labels on to products sold outside of Vermont: It sure does make financial and logistical sense to have one label for this food item that will go all over the U.S., rather than one label for Vermont and one label for every other state. Some food giants agree with me, because as of this writing, General Mills, Kellogg’s, Campbell’s, Mars and ConAgra have announced they’ll start labeling GMOs in food products, regardless of where they’re sold. They’re not even waiting until July, rather some of them are saying we’ll see labels in the coming weeks.

These companies are labeling most all of the GM foods that you’ll come across: â€śFood is exempt from labeling in Vermont if it is a direct animal product, like meat and eggs, is certified as non-GMO, if none of the ingredients have a genetically modified version, or if the GMO ingredients make up less than 0.9 percent of the productâ€™s weight,â€ť according to the Wall Street Journal.

Will Other States Begin GMO Labeling?

Vermont residents are bold for stepping out and demanding GMO labeling, and other states have tried to get labeling laws passed. Everyone else has failed except for Maine and Connecticut, whose laws say other states bordering them need to follow suit. But now we’re all tagging along, thanks to Vermonter’s forward-thinking.

â€śWe stand behind the health and safety of all of our products, including those with genetically modified ingredients and believe consumers should be informed as to whatâ€™s in their food But addressing state-by-state labeling requirements adds significant complications and costs for food companies,â€ť ConAgra stated. â€śWith a multitude of other states currently considering different GMO-labeling requirements, the need for a national, uniform approach in this area is as critical as ever. Thatâ€™s why we continue to urge Congress to pass a national solution as quickly as possible.â€ť

ConAgra’s statement about labeling is a bit cagey. What does their â€śnational solutionâ€ť entailâ€”a voluntary label or mandatory reporting? Meanwhile, Campbell’s has come forward as proponents of national, mandatory labeling, making me dislike the company a little less for the high-fructose corn syrup it puts in its delicious tomato soup. There’s still a small chance that our legislators can come up with a reasonable national GMO-food-labeling bill before July, but if they haven’t managed to do so in the past three years, there’s a better chance that they won’t.