Sounds of the Urban Farm

I have the benefits of city life alongside those of the barnyard. 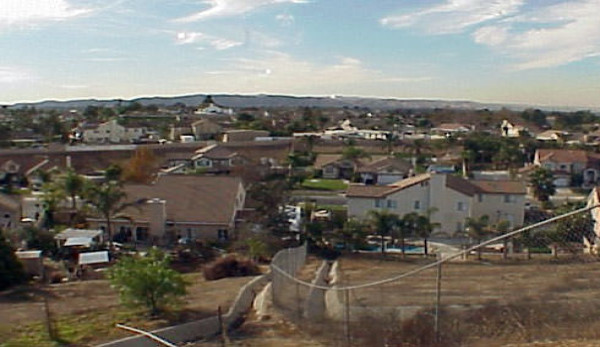 My urban farming community boasts a mixture of sounds, from barnyard noises to the hum of city traffic.

My friend Michelle boards her Quarter Horse, Teddy, at a stable about a mile from my house. Michelle lives kind of far away, in a part of L.A. that doesnâ€™t have a lot of places to board horses. So she keeps Teddy near me, where we have plenty of trails to ride, and comes out to see him two or three times a week.

In between her visits, I go to the stable to take Teddy out of his stall. I put him in a big paddock and let him stretch his legs and run around if he wants to.

One night this week, I got to Teddyâ€™s barn at dusk and put him in the paddock. The barn was a ghost townâ€”not a human to be seen. I thought it would be a good time to try to meditate. I sat on a chair next to the paddock, closed my eyes and began to concentrate on my breathing.

As my mind became still, I started to notice an incredible symphony of sounds all around me. I first heard the voices of someÂ sheep bleating a few houses away. TwoÂ ducks began to softly quack at the farm next door. I could hear horses munching their hay in the stalls nearby, and aÂ dog barked a couple of blocks away. AÂ mule brayed far in the distance, and a rooster crowed.

Behind all these sounds typical of a rural community was the steady din of car tires on asphalt. The main street in town was only a couple of blocks away, and it was rush hour. Car after car was whooshing by, just to remind me that I wasnâ€™t really out in the country, but on an urban farm. It seemed strange to hear all these barnyard sounds and traffic at the same time, but that is the amazing reality of an urban farming community.

My peaceful meditation was broken by puffs of air on my face. Teddy had decided heâ€™d been out of his stall long enough and wanted to get back to his food. He was standing over me at the fence, blowing on me to get my attention.

I reluctantly opened my eyes and let the sights around me dilute the sounds I had taken in. As I led Teddy back to the barn, I felt a wave of gratitude that Iâ€™m able to live in such an amazing place. I have all the benefits of city livingâ€”good restaurants, great shopping and lots of employersâ€”along with the companionship of a bevy of barnyard creatures. Itâ€™s the absolute best of both worlds.