By changing up when you sow spinach seeds, you can get a bigger, better harvest. 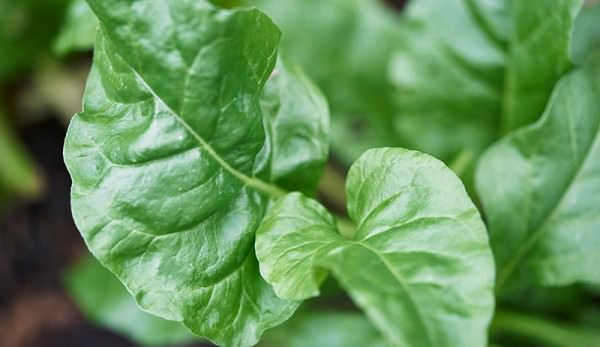 Spinach is notoriously difficult to grow in regions where spring temperatures sometimes get unseasonably warm. Just a few days of temperatures in the 80s can cause spinach to go to flower, halting the production of new leaves and shortening the harvest period. I know many gardeners who’ve given up on growing this nutritious crop simply because of unpredictable spring temperatures, but there’s an easy way to overcome this challenge.

Many gardeners sow spinach seeds in the very early spring, as recommended on the seed packets—but it’s this spring-sown spinach that often bolts before you have the chance to harvest a decent crop of leafy greens. The young plants just don’t have enough time to grow before the weather and increased day length trigger them to flower. For a more robust spinach crop, try sowing the seeds in the late summer or early autumn instead.

Fall-planted spinach that overwinters in the garden produces far bigger yields than seeds planted in the spring, and the production period is much longer. Spinach is a cool-season crop that much prefers cold soil and air temperatures. By sowing spinach seeds late in the season, the plants will grow during the remainder of the growing season, then they’ll overwinter and produce a huge crop the following spring.

To plant a late-season sowing of spinach, sow the seeds an inch apart eight to 10 weeks before your first expected fall frost. Be sure to plant varieties that are bred for winter hardiness, including Olympia, Winter Bloomsdale, Giant Winter and Tyee. Keep the seeds well-watered because spinach doesn’t germinate well when soil temperatures are above 80 degrees F, and frequent irrigation can help keep the soil cooler. Shading the area with shade cloth or umbrellas during germination also helps.

When the cool temperatures of autumn arrive, your young spinach plants will start to grow, perhaps providing you with a small autumn harvest. If you choose to harvest, be sure to leave the crown of the plants intact.

Spinach is extremely winter hardy. Even young plants can endure temperatures that regularly dip below freezing. With a bit of extra winter protection, your plants will make it through the winter just fine. To give them added protection, cover the plants with cloches made from bottomless milk jugs or place a layer of floating row cover over the plants. If you live in the extreme north, you’ll want to grow your fall spinach crop in a cold frame or unheated high tunnel. Gardeners in USDA zones 6 and above will have success overwintering spinach by simply nestling three inches of straw or shredded autumn leaves around the plants for the winter.

Come early spring, remove the cloches or floating row cover, or pull the leaves or straw away from the plants, and allow them to grow. You’ll be able to enjoy many weeks of thick, succulent leaves before warm temperatures arrive and cause the plants to bolt. This technique allows you to be the first farmer at market with a salable spinach crop every spring.