Like all mints, spearmint will overtake your garden, but in its abundance is a multitude of health benefits that will last year-round. 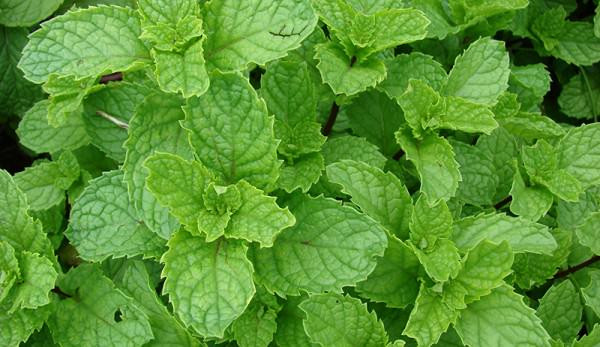 This past week I put in several new rows of spearmint. We grow three varieties of mint, taking care to put them in very different parts of the property. Mints readily cross pollinate and, if planted close together, will create their own varieties, often with unpleasant flavor results. As I worked on this new bed, I started to think about the number of people who donâ€™t really know the difference between these mints or what they have to offer.

Spearmint is an old plant found in Greek mythology. The nymph, Minthe, was caught, like so many of her companions, in a tiff between the gods. When Persephone didnâ€™t like that Pluto was paying too much attention to the beauty, she was turned into a common garden plant. Pluto immortalized her by making her scent fill the garden, never allowing her new form to be overlooked. Spearmint got its common name because its leaf tips are spear shaped.

We can read about this plant in medicinal texts all the way back to the first century A.D., when it was used for mood and focus. Today, the volatile oils of spearmint are increasingly studied as a natural stimulant with hormone-balancing abilities. In 2007, a university in Turkey found that it is effective in reducing the amount of free-roaming testosterone in the blood of women. This is especially important in the case of hirsutism, the mild, abnormal growth of hair in what is considered to be inappropriate places. The dosage that caused the change was 2 cups a day (morning and evening) for the five days prior to ovulation.

While there are slight differences between the flowers of these two mints, the real difference is whether the leaf has a stem: Spearmint doesnâ€™t while peppermint does. Peppermint contains menthol, which we see in many commercial applications, but spearmint gets its strong flavor from carvones instead. We find peppermint in candy at Christmas, but we taste spearmint in the classic mint jelly. Some of the varieties of spearmint are apple or pineapple mint, while chocolate, orange, ginger and grapefruit are peppermint varieties. I personally find that spearmint is a cool, icy flavor while peppermint is warm and sweet. Peppermint is irritating for me, so I avoid it and use spearmint instead.

Like all mints, spearmint is a creeper. It spreads by means of underground rhizomes and can take over your flower bed, yard and universe quite happily. Many people sink it into the ground contained in a pot for this reason. If you do this, be sure to keep an eye on it. Once it spreads beyond the pot, it will get its runners down on the soil and be off and gone again.

Spearmint has a white to pink flower and it is best to harvest before they appear. I will be gathering my mints in the next two to three weeks here in Ohio. If you wait until the flowers are well established you will miss out on most of the volatile oils, which bring the benefits and flavor of this plant to your winter tea.