Square Or Round Hay Baler: Which Is Best For You?

Think about the size of your operation, your storage capabilities and your animals before choosing a hay baler. 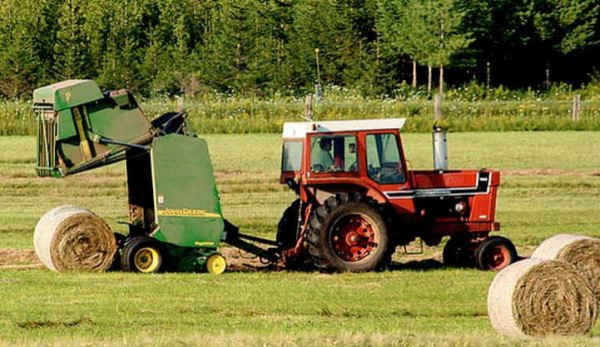 There arenãt many things more satisfying than having a farm that is as self-sufficient as possible, and when it comes to feeding your livestock, making your own hay is a great idea. The two most common types of hay bales are small square bales and large round bales. There are other types as wellãsuch as large square bales and small round balesãbut they arenãt as common. Because each type of bale is made with a different kind of hay baler, choosing which type will be most ideal for you is an important stepãyou donãt want to buy the wrong equipment and discover too late that youãd prefer to be making a different type of bale.

Small squares bales are very common because theyãre simple produce and easy to handleãthey typically measure about 3 feet long by 1ô§ feet wide and are a bit more than a foot tall. Theyãre a great choice for a small farm without a lot of hay to bale.

Round balers, as their name implies, produce enormous round hay bales that can weigh hundreds or even thousands pounds and upward.

Baling hay of any type requires plenty of machines and a lot of time and effort, but with some advance planning, youãll be well on your way to feeding your livestock with hay from your fields.