5 Reasons Why You Need A Staple Gun On Your Farm

A staple gun is a useful tool to have around your farm. Here are five reasons why everyone needs a staple gun. 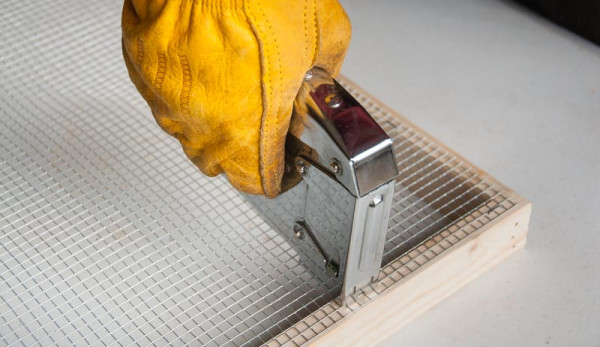 Part of the fun of being a farmer (at least if youâ€™re like me) is having a logical excuseâ€”er, reasonâ€”to own lots of tools. Iâ€™ve already explained my fondness for electric drills and pruning loppers (both critical, in my opinion), and Iâ€™ve made the case why every farmer should own a ratchet and socket set. Just recently, I was working on a project that required attaching hardware cloth to a series of wooden frames (creating something not unlike window screens), and my tool of choice for the job was a staple gun.

In case youâ€™re not familiar with this tool, a staple gun (such as this one) is a small, handheld device that operates in a way similar to an ordinary household stapler, except that a staple gun is significantly more powerful. Instead of merely pressing down on the top of the device (as you would with an ordinary stapler), a staple gun has a large lever that amplifies its stapling power.

Here are five reasons you need a staple gun among your farm tools.

What could be easier than placing the staple gun into position and pulling the lever? It’s arguably easier to use than a household stapler. Plus, reloading the staples is as easy as opening the unit and sliding a new row of staples into place.

While the capabilities of staple guns vary from model to model, the one I used had no difficulty driving half-inch staples into pine wood.

Because it’s small and lightweight, you can easily toss this item into a tool box and carry it to whatever project you might be working on. You will not tire from carrying a staple gun around!

4. It Operates Without A Power Source

One of this tool’s biggest advantages? It’s powered entirely by your own strengthâ€”it doesnâ€™t require batteries, a power cord, or an air compressor. This makes it simple to use because you can just grab it and get to workâ€”no need to hunt for a battery!

I personally find a staple gun fun to use since it makes a resounding “snap!” sound when in use and you feel like youâ€™re actually contributing to the job, rather than simply pushing a button and letting a motor do the work.

If you own a staple gun, let us know why you like to use it.