Start leeks seeds under grow lights in late January before your other crops are ready to be seeded. 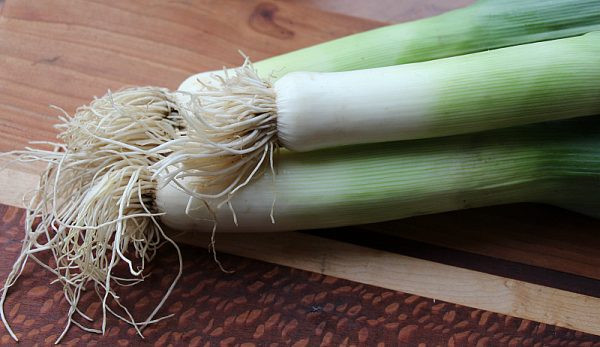 It will be a few months until I can start planting seeds of warm-weather crops, like eggplants, peppers and tomatoes, but late January is prime time to start leek seeds.Ā Leeks, like other members of theĀ allium family, are quite tolerant of cold temperatures, and because they require a long growing season, starting the seeds early is a must.

If you haven’t grown leeks before, I highly recommend giving them a try. Their flavor is mild and onion-like, and they’re versatile in the kitchen. Another big bonus of growing leeks is that if you time your plantings right, they can be harvested year-round.

How To Start Leek Seeds

Start leek seeds indoors under grow lights in mid-winter. When they first germinate, the plants are very small and hair-like, but the seedlings grow quickly. It takes about six to eight weeks for them to grow large enough to be planted outdoors. I time my seed sowing date so the plants are ready to go into the garden in late March or early April here in Pennsylvania, which means I put seed to soil sometime between the last week of January and Valentine’s Day.

When they’re ready to be moved outdoors, I plant my leek transplants about 4Ā to 6Ā inches apart in average garden soil that’s been amended with a hearty dose of compost. I usually plant them in rows to make protecting them during the winter months a bit easier (more on this later).

Most leek varieties reach about 2Ā feet tall, with stalks measuring about 2Ā inches in girth. Unlike other members of the allium family, leeks do not form a bulb. Instead, we eat the stem.

If you’ve cooked with leeks before, you know that the edible portion of the plant consists of the tender, lower portion of the stem that’s bright white, so the longer the white portion is, the better. To increase the size of the edible portion, blanch the stalks to block out light and soften their texture. You can mound soil up around the plants as they grow to blanch the stalks, or surround them with one of these household items.

Although leeks are planted into the garden early in the spring, they aren’t harvested until the fall. In fact, if you mulch the plants in the autumn with a few inches of straw, you can even harvest leeks all winter long. Sometimes, if the winter isn’t too harsh, I’m still harvesting leeks the following spring!

Once pulled from the soil, store leeks in a plastic bag in the fridge. Plan on a two to three week shelf-life. If you want them to last longer, just keep the plants in the garden and harvest them as needed.

Leeks are the first seeds to be planted under my grow lights and I look forward to doing it every year. There’s nothing better at beating the winter blues than growing something green!