Start Your Perennial Seeds This Winter

Until it's time to plant your vegetable garden, you can exercise your green thumb by starting perennial seeds. 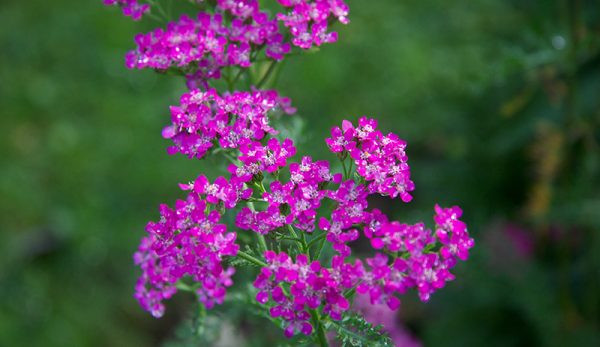 Perennials are plants whose lifecycles last for many years. Most die back to the ground during the winter months, but their roots sprout new growth as soon as the warmer temperatures of spring arrive.

Typically, perennials take quite a long time to germinate. Some perennials seeds also require stratification period (a prolonged exposure to cold temperatures) to break dormancy and stimulate germination. Typically, this means the seeds must be exposed to about eight weeks of temperatures between 33 and 40 degrees F. When you buy a packet of perennial seeds, it should tell you if you need to keep the seeds in the fridge for a few weeks prior to planting. If you don’t see that information on the packet, consult a book such as The American Horticultural Society’s Plant Propagation.

Some common perennials that require stratification include:

Perennials that do not need to undergo exposure to cold temperatures to break dormancy include:

If you’re sowing perennial seeds indoors, you’ll need clean seed-starting containers, sterile potting mix, a seedling heat mat and some type of grow light system. I use a grow-light stand to start my perennial seeds indoors, but fluorescent shop lights hanging on chains from the ceiling work just fine, too. Because the seedlings are not expected to flower indoors, regular fluorescent bulbs work fine. Flowering plants, however, require the different wavelengths of light emitted from specialized grow lights in order to produce blooms without the presence of ample amounts of natural sunlight.

Plant the perennial seeds only to the depth recommended on the seed packet, paying careful attention to any notes that tell you not to cover the seeds with any soil at all. Some perennial seeds require light to germinate and covering them with soil greatly reduces their germination rate.

Once the seeds have been planted to the required depth, lightly tamp the potting soil and water the seed trays in well. Place the trays under the grow lights on seedling heat mats which raise the soil temperature five to ten degrees above the ambient temperature to speed germination. Cover the seed trays with a sheet of clear plastic wrap and put the lights on a timer so they’re on for 16 to 18 hours per 24 hour day.

Once your perennial seedlings begin to germinate, remove the plastic wrap to allow for good air circulation and take them off the heat mats. Continue to water the seedlings as necessary.

Because many perennial seedlings take a good bit of time to germinate and the seedlings often have a slower growth rate than most annuals and vegetables, you’ll have to be patient. I also find that many perennials have lower germination rates, as well. They’e fussier and harder to grow from seed than their annual counterparts, but that doesn’t mean it isn’t worth your time and effort. Buying perennials at the garden center isn’t cheap, and if you want to grow a lot of them, growing from seed is a great option.

Once your perennial seedlings have their first true leaves, transplant them into 3-inch pots and continue to grow them under grow lights. As spring temperatures warm, slowly introduce the seedlings to the outdoors, first putting them outside in a shady spot for a few hours every day. Gradually increase their exposure to sunlight and cool nighttime temperatures, until eventually, over the course of two to three weeks, they’re outside 24/7. Only then is it time to plant your new perennials into the garden.