The stink bugs have been terrible here this fall. A recent introduction from Asia, the brown marmorated stink bug has really become problematic for gardeners and homeowners in the East, and its range is spreading. 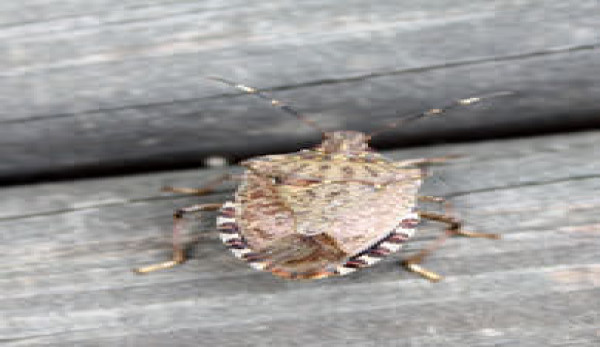 TheÂ stink bugs have been terrible here this fall. A recent introduction from Asia, the brown marmorated stink bug has really become problematic for gardeners and homeowners in the East, and its range is spreading. They feed on fruits and veggies by sucking the juices, and then come fall, they migrate indoors to find a warm overwintering site. Folks around here find thousands and thousands of them in their attics and crawl spaces. Not to mention the dozen or so my husband and I find in our bedroom every day from October until May.

Because brown marmorated stink bugs are so new to North America, scientists are struggling to find effective control measures for them. Plus, there are no natural enemies to keep their populations in check.

I just read a very interesting article about stink bugs in AgScience magazine published by my alma mater, Penn State. The article noted that entomologists at the university have discovered that the stink bugs are now producing two generations per year instead of just one. This, of course, could lead to continued population growth and more problems for growers across the region. One research project highlighted in the article is examining using sunflowers as a trap crop in orchards. Apples, peaches and other fruits are favorites of the brown marmorated stink bug and, because sunflowers are another favorite, researchers are considering planting sunflowers on the margins of orchards in hopes of luring the bugs away from the fruit. Then pesticides can be applied to the sunflowers instead of the fruits. I’m interested to see the results over the coming years.

Another item of interest in the article: One scientist collected stink bugs from his own home over a period of six months in 2011. He counted 26,000 individual specimens! And, this was even after he spent thousands of dollars to replace all his windows and doors in an attempt to keep them out. Now that’s a lotta bugs!