The average income of food economy jobs in this Oregon city is just $26,000. 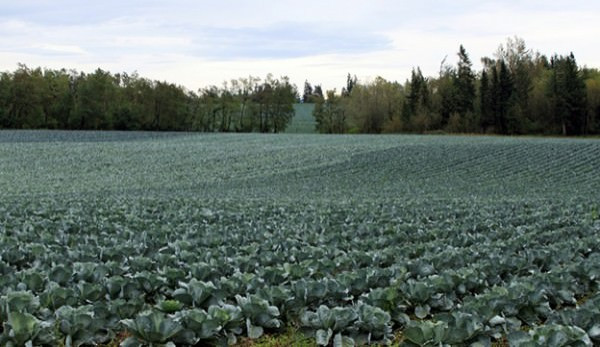 Whether you’re just starting out in farming or have been in the food industry in some way for a while, the question “Is this sustainable?” probably arose at least once. It appears that business is booming in your city but then you discover that the average wage in the food industry is low. Information is key.

To help inform the urban planning and sustainability discussions of Portland, Ore., officials, Jamaal Green, graduate research assistant and IGERT Fellow, and Greg Schrock, PhD, assistant professor, both from the Portland State University’s Nohad A. Toulan School of Urban Studies and Planning, compiled a report on the city’s food economy. The results not only give insight to the officials, but also to those working in the industry.

1. The food economy is an important employer in the Portland region.

Throughout the five counties of the Portland region, 100,000 people (11.6% of the population) were employed in the food industry. In Portland itself, a little over 10 percent of employment is in food economy jobs.

The study revealed that the “food economy employment grew four times faster within the city’s URAs than for the city of Portland overall.”

4. The food economy is regional in character, with different functions throughout the region.

Within the counties of Yamhill, Clackamas and Washington, the majority of the food economy jobs was in agricultural production. In Multnomah county and Portland, food distribution and services dominated the industry.

5. Compensation levels in the food economy varies greatly by sector.

In the food economy industry in Portland, the average wage is $26,000, which is about half what is earned in other job fields. However, when the jobs are broken down to specifics, the wages range. For example, those in food services earn an average wage of $20,000, while those in food distribution earn close to $50,000 – without the need for a college degree.

There are more persons of color and non-citizens in this industry than in the other industries. Women make up small portions of the industry in all areas of food economy except for food services.

7. Several food economy industries show competitive advantage in the city and the region.

Local businesses, such as grocery stores and restaurants, are seeing faster job growth.

The researchers concluded that “there is a recognition that food is more than just a means to sustain life; it is also an important part of the history and culture of our communities. By better understanding the way in which the food economy has grown and changed in recent years, we can develop more effective tools to foster its vitality and expand its benefits in the future.”

Where might your city measure up if this study were conducted there?