Where did all of this stuff come from? I'm writing this from our living room futon, hemmed in by a somewhat intimidating mini-Grand Canyon of furniture and stacked boxes. 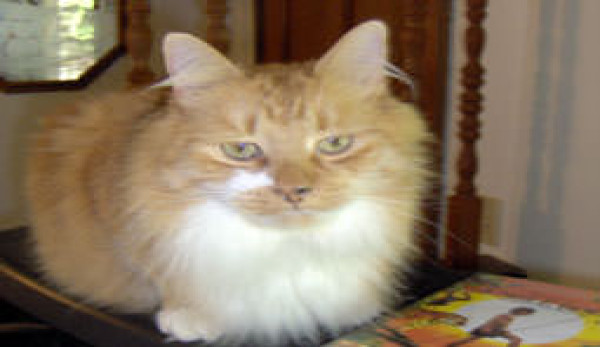 Where did all of this stuff come from? I’m writing this from our living room futon, hemmed in by a somewhat intimidating mini-Grand Canyon of furniture and stacked boxes. No, Iâ€™m not a hoarder. (At least, I didn’t think I was before surveying all of this stuff). We just had to empty our two bedrooms and my home office so we could rip out the prehistoric carpets (major eww) and the installer could unfurl clean, unsmushed new ones in their place.Â

Don’t ask me why we decided to take on re-carpeting the house before Christmas (as if the holidays werenâ€™t hectic enough!). I suspect it may have had something to do with my husband and my subconscious need for a major project that would keep us too busy to mope around as we continue coming to terms with our daughter leaving the farm-nest for college. But right now, it just seems like sheer insanity.

And as an environmentally-minded person who tries to embrace the â€średuce, reuse, recycleâ€ť mentality, I’m dismayed to discover how much stuff weâ€™ve accumulated over the years and crammed into our 1,500-square-foot home. Thereâ€™s stuff bought from stores, thrift shops and yard sales, and stuff given to us. Thereâ€™s souvenir stuff made in countries weâ€™ve visited, some stuff made right here in America, and way too much stuff made in China. Thereâ€™s stuff we needed (a light to read by), stuff we didnâ€™t need but wanted (CDs and DVDs), and stuff we didnâ€™t need and donâ€™t remember ever wanting. (Certain items I wonâ€™t identify on the off chance they were given to us by someone who reads this.) I seem to have an entire forestâ€™s worth of paper stuff here, too:Â  books (my biggest weakness), saved magazines, and files brimming with travel brochures and old stories. Oh, and donâ€™t forget the boxes of sentimental stuff:Â  photos and Kelseyâ€™s grade school artwork and more.
Â
Donâ€™t even get me started on our outside farm stuff.

Realizing we have too much stuff in too little spaceâ€”stuff that needs to be dusted (umâ€¦sometime) and generally weighs us down like an overstuffed backpackâ€”Iâ€™ve decided to undertake a stuff-purging mission as we put things back. And with Christmas speeding toward us, I find myself thinking more along the lines of giving (and wishing for) stuffâ€”I mean presentsâ€”that wonâ€™t linger too long. Things like soaps, coffee, homemade chocolates or herbal jellies.

I wonder, what gifts do you give or wish for that donâ€™t add to all of the stuff?