Success Is Sweet For This Teenage Maple Syrup Maker 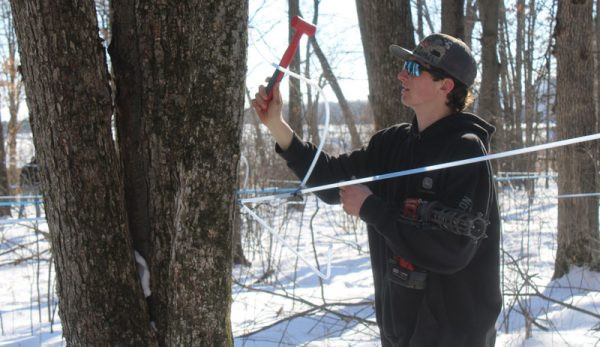 Will Wanish, an 18-year-old recent high-school graduate, knows exactly what he wants to do for his future: manage his own business and build his passion for maple syrup. While some 2022 graduates are planning for college or working for someone else, Will is an entrepreneur at heart and has been shaping his future for at least five yearsâ€”driven and dedicated to securing â€śliquid goldâ€ť from maple trees.

He began tapping maple trees with his uncle, Jon, in the Cadott, Wisconsin, area. Then, the next season, he decided to have about 50 tree taps in his yard.

Each year since that time, he has added trees and modified his operation. In 2019, he decided that he wanted to focus on this as a business. So he had a conversation with his mom and dad, Todd and Heather Wanish.

During that discussion, both parents told him that a business was completely different than a hobby. They said he needed to have a plan for funding, sales and future opportunities.

â€śWe made a list of the equipment he would need, potential sales he could make and how he would be able to make this actually work,â€ť Todd says. 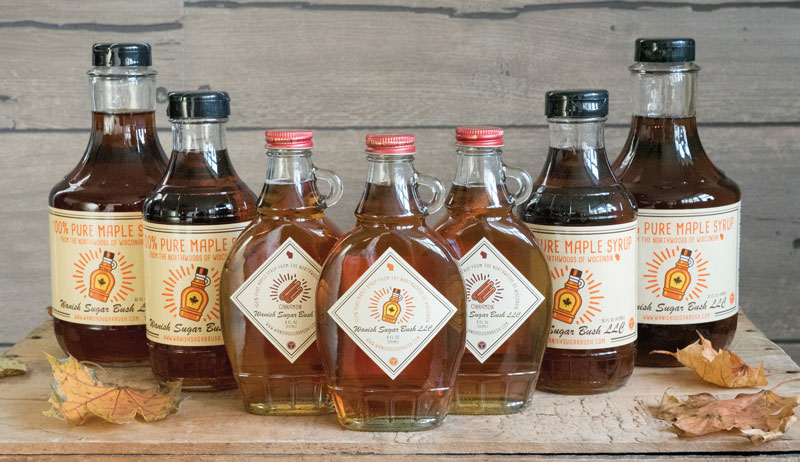 After reiterating this was a long-term plan, Will decided to move forward. He was able to secure a $30,000 loan from a local regional business fund. This allowed him to purchase an evaporator and a reverse osmosis machine.

â€śWithout the help of Chippewa County Economic Development Corporation and the Regional Business Fund, I wouldnâ€™t have been able to get my business off the ground,â€ť Will says.

During the 2020 spring season, he cooked down approximately 22,000 gallons of sap into maple syrup. Then, the COVID-19 pandemic changed everything, and Will had to look beyond farmers markets and events for sales. He was able to get licensed and inspected, allowing him to sell his syrup via wholesale methods to stores.

â€śCurrently, my maple syrup is in approximately 150 stores throughout Wisconsin and Minnesota,â€ť he says. During 2020 and 2021, sales remained extremely strong and business kept expanding. Will, Todd and Heather took things on the road to build sales and secure new accounts.

Then during the spring 2021 sap season, Will received a call from Boyd Huppert, aÂ KARE-11 NBC reporter from Minneapolis. He featured Will and his business on The Land of 10,000 Stories, an award-winning segment on the station. Within minutes of airing, hundreds of orders came through the Wanish Sugar Bush website.

â€śThe exposure we received from the KARE-11 story has been amazing. We are so appreciative that [Huppert] wanted to share Willâ€™s story,â€ť Heather says. For spring 2022, Will made approximately 3,200 gallons of maple syrup and is already planning for next year.

He traveled to Vermont and toured several maple equipment production facilities. He has now ordered an evaporator twice as big as his first one, as well as a new reverse osmosis system, and is planning an expansion to his syrup shed. Furthermore, he has hopes to add more taps, build his tubing system, enhance efficiencies and potentially expand into other products beyond the maple syrup and maple sugar he currently offers.Â

Willâ€™s parents are proud of his accomplishments. They know heâ€™ll be successful in whatever he chooses to do.

â€śHe is always on the go, enjoys working and is not a teenager that has ever just sat around,â€ť Todd says.

â€śI couldnâ€™t be more excited for what he has done so far,â€ť Heather says. â€śThere arenâ€™t many kids his age who can say that they have a successful business already.â€ť

Will is confident that he can make Wanish Sugar Bush a success story well into the future. â€śThis is what I want to do,â€ť he says. â€śAnd itâ€™s not an option to not be successful. I know that I can continue to grow and build this business.â€ť

This article originally appeared in the November/December 2022 issue of Hobby Farms magazine.