Photo by Audrey Pavia My little, hurt hen (Lola) wasn’t too mangled when re-introduced to the flock after recuperating. One morning, about a month ago, Lola, one of my young hens, came out of the coop hopping on one leg. She was easy to catch, and I put her in a crate and took her […] 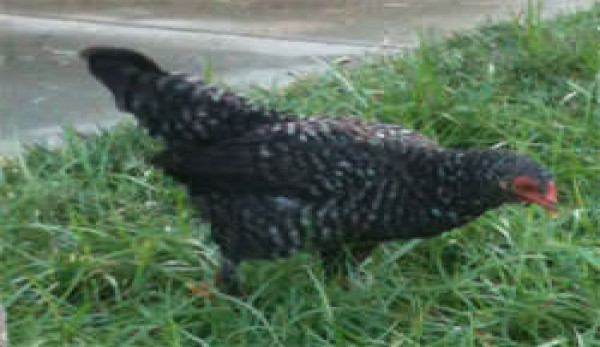 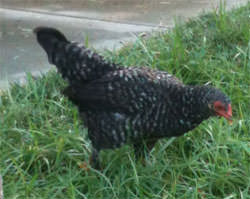 My little, hurt hen (Lola) wasn’t too mangled when re-introduced to the flock after recuperating.

about a month ago, Lola, one of my young hens, came out of the coop hopping on one leg. She was easy to catch, and I put her in a crate and took her to my sister, a vet.

After more than a week of keeping her confined in my bedroom and giving her antibiotics to combat what seemed to be an infection in her leg, it was time to start reintroducing her to the flock.

Once a chicken leaves the group for a day or two, putting her back with the flock can be tricky. The other hens will immediately recognize her as a flock member, but her absence will leave her at the bottom of the pecking order â€” literally. Whenever Iâ€™ve had to isolate a sick hen and put her back with the group, she usually takes a beating. This is the last thing you want to see happen to a bird you just spent weeks trying to make well.

Instead of just plopping Lola back into the flock one day, I decided to make her entry gradual. For two days, I kept her in a spare hutch that sits adjacent to the main coop. She protested in the morning when I let the other chickens out, eager to get back to her old life. But she was still limping on that leg, and I knew sheâ€™d be at a distinct disadvantage if I let her go so soon.

When night fell on the second day, I decided to take her from the hutch and place her in the coop with the other birds. All were roosting, and I was hoping that if the hens woke up in the morning and found Lola among them, theyâ€™d think nothing of it. I was almost right.

The next day, when I let the birds out, they all ran to the lawn for their breakfast, Lola among them. When I threw the feed to the group, one of the hens grabbed Lola by a neck feather and pulled it, eliciting a screech from my recuperating hen. But that was the last time I saw any skirmishes among the hens.

Itâ€™s been nearly a week now, and Lola has been completely reintegrated into the flock. She has a very slight limp, but every day, it gets better. Iâ€™m happy to say that her recovery and reintroduction were a complete success.