The Hidden Benefits of Succession Planting

Succession planting lets you harvest a crop over a longer period, which prevents waste and lengthens your selling time. It also helps in several ways you might not have considered. 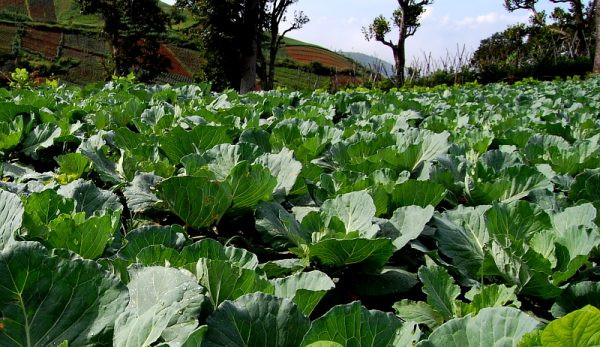 What is succession planting? Simply the act of planting the same crop at different times so that you don’t harvest everything at once. As a result, you might sow some lettuce one week, then wait two weeks, sow some more. You can do that as many times as you want. This spreads out your harvest and lets you have lettuce over a longer period of time instead of the whole crop at once. Commercial as well as home growers do this, or at least they should.

If your beets are ready all at the same time, you might be able to store some for a while until you use them (if youâ€™re a home gardener), or sell them (if youâ€™re a commercial grower), but maybe not. In some cases, with some crops, a portion might go to waste which in effect wastes your energy and time. Thatâ€™s why succession planting is so handyâ€”if you plant over the course of a few weeks, you can simply use or sell what is ready at that time while the rest can happily keep growing away in the garden.

That said, there are other benefits to succession planting that might not be as obvious as simply spreading out the harvest. So letâ€™s give them a look.

When succession planting, you can prepare the entire space you had set aside for, say, lettuce, then you just donâ€™t plant it. Over the next few weeks, you can allow that space to â€śstale seed bedâ€ťâ€”which is simply allowing seeds to germinate. Then, before planting the second round, you can lightly cultivate the area where the next round is planned and get rid of those weeds for the next crop. This will allow for a much easier growing season for those subsequent successions, and less time spent picking weeds out of your lettuce.

When you first plant a crop, you donâ€™t always get to know which pests or diseases will take hold. However, with succession planning, you see where your disease and pest issues lie, which helps you make some important decisions. All the previous plantings will indicate how bad a disease or pest issue is and how well you should protect the next crop going in. If you see a lot of cucumber beetles on your first round of cucumbers, for instance, you know the second round will need ample protection from the start. Same goes for diseasesâ€”knowing what is active might help you decide what to plant, where, and how to protect it.

After your first round of crops goes into the ground, you can monitor for deficiencies and general vigor. If a crop doesnâ€™t seem to be taking off, that might mean you should amend your soil before putting in your second round. Always consult a soil test before adding any chemical fertilizers, but well-made compost will almost always help. Another way succession planting can benefit garden fertility: Depending on the crop, sometimes you can sneak a cover crop in between plantings. This helps hold the beneficial microbes in the soil, hold the soil in place and shade out weeds while also adding a little organic matter to the plot. This might not work for crops that are succeeded every week or two, but if you plan to spread out your tomatoes, cucumbers or the like, a cover crop can definitely be a good idea and a boon to your soil.