Use succession planting to make sure your garden provides the food you want when you need it, and without surplus crops you can't use in time. 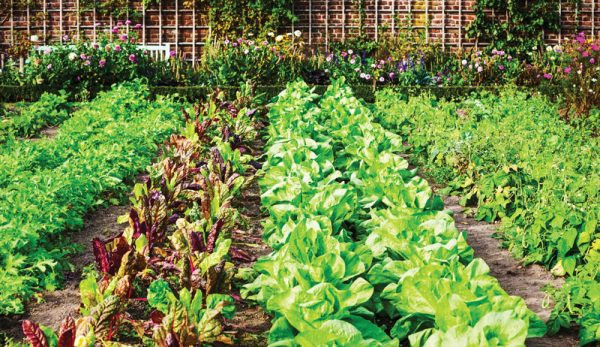 Think back to Memorial Day weekendâ€”spring at last! You spent a busy weekend happily putting all of those seedlings in the ground, direct seeding some veggies and thinking with delight of the garden feasts to come.

Now you dropping off lettuce at the neighborsâ€™ homes before it all bolts. The spinach has come and gone, and no more radishes or scallions remain.Â

Weeds sprout where the radishes once grew. Tomatoes still arenâ€™t ready yet. You planted all of those long-season heirloom and beefsteak ones that you love so much.

You start to wonder: â€śHow come the farmers market seems to always have leafy greens and radishes to sell! And they have early tomatoes, too.â€ťÂ

What are those farmers doing that youâ€™re not? Itâ€™s no secret. Itâ€™s simply succession planting.Â

This means that you can tailor your planting so that you harvest quantities that are less likely to overwhelm you (24 heads of lettuce ready to pick now!). It means that doing this will provide you with more variety throughout the season.

Using the garden space fully all season even means less chance for weeds to establish themselves. Basically, succession planting has all positives and no negatives. Once you try it, youâ€™ll realize how easy it is.

Thereâ€™s another technique, which isnâ€™t true succession planting, that will also allow you to spread out your harvest over the season. This is the planting at one time of several varieties of one type of plant (tomatoes for instance) that have different days to maturity.

By planting several varieties with different maturity dates, you can spread out your harvest, with early, mid- and late season crops of the same vegetable.Â

The dates for planting will vary depending on your USDA ag zone. The length of your growing season will determine how many plantings of a crop you can do.

As well, for those who live in places with very hot summers, some periods of time arenâ€™t amenable to planting certain crops such as leafy greens.Â

Any crop that has a short enough growing season that it doesnâ€™t need to occupy garden space for the entire season is a good candidate. Some obvious ones include:

Crops that generally arenâ€™t suited to this are those that require a long growing season such as:

Then there are crops such as garlic, which only occupy the space for part of the season and allow for a short-season crop to be planted there once the garlic is harvested.Â

Start by making a list of the vegetables you wish to grow. Looking though the seed catalog, note all of those that have relatively short dates to maturity. These will be your best candidates for succession planting unless you live in a place with an exceedingly long growing season.

You wonâ€™t necessarily want to just plant the same variety of a crop each time. Some varieties are better suited to cool spring plantings. Some crops handle mid-summer heat better. Others will happily produce into fall and shrug off light frosts.Â

Carrots, for instance, have varieties that are best suited to fresh eating and those that are known for their storage qualities. In that case, youâ€™d want to plant an early variety for fresh eating (such as Yaya), a mid-summer one (Sugarsnax) and a storage carrot (Bolero).

This is a combination of true succession planting plus the technique of planting several varieties that have varied dates until harvest, as well as characteristics such as best for fresh eating or storage.Â

Leafy greens are a huge category of crops that are tailor-made for succession planting. Asian greens such as bok choy can be successfully planted in successive plantings every few weeks from early spring into mid-summer. In the South, fall plantings will also work well.Â

Lettuce is well suited for succession planting. In early spring, a salad mix/mesclun for harvesting as baby greens can be planted as soon as the ground can be worked. As well, a lettuce variety or two that are quick to mature can be planted at this point for harvest as full heads.

Working back 60 days from your expected first frost date, plant a crop of lettuce that will handle light frosts. So if you expect your first frost by Oct. 1, youâ€™ll want to plant some lettuce by August 1 for an early fall harvest.Â

Spinach really takes to succession planting. It can be seeded in early spring, as soon as the ground can be worked. Plant some every weekâ€”10 days until early summer, unless you live in an area with exceptionally cool summers.

Some varieties, such as Space, are better equipped to handle some summer heat. In mid-late summer, a fall crop of spinach can be sown.

In regions with hot summers, tetragonia (aka New Zealand spinach) can be grown, which will provide some leafy greens during the summer season.Â

Broccoli responds well to succession planting. Select varieties that are best suited to early spring planting, mid-summer maturity and late season use. Coupled with the harvesting of side shoots, this should provide a long broccoli harvest season.Â

Bush beans (green or yellow) are also suited to successive crops being sown. Planting every two to three weeks will provide a continuous crop of beans until frost intervenes.

How many plantings will be determined by your last and first frost dates. Count back from the anticipated first frost date to determine the last possible planting for the season. As day length and heat is decreasing then, add in more of a cushion.

For example: If youâ€™re planting Provider, with a 50-day maturity, and your first frost is expected Oct. 1, seed your last planting no later than August 1.Â

Some crops such as beets, radishes and scallions lend themselves easily to succession planting. Just keep seeding every week or two to keep well supplied all summer. Peasâ€”shelling and edible poddedâ€”can be planted for an early spring crop and in late summer/early fall.

Experiment and see what works for you.Â

Read more: Here are 5 reasons every market farmer should grow beets in the garden.

Some crop varieties, due to varied maturity dates, can be planted at the same time yet provide a longer harvest period. This is similar to succession and is a valuable technique to extend your harvests.

As the plants or seeds are begun at the same time, itâ€™s quite easy.Â

Certain crops lend themselves well to this such as corn. An added benefit to planting several varieties of corn with different maturity dates is that this allows you to plant super-sweet and non-super-sweet corn in a small garden without the risk of cross-pollination between varieties.Â

For corn, you could do true succession planting by planting the same variety every 10 days or so, to provide a continuous corn harvest. However, you could also plant several varieties at one time that will mature at least 12 days apart.

If the super-sweet and non-super sweet varieties are planted this way, they are unlikely to cross-pollinate.Â

Tomatoes lend themselves to the use of varieties with different maturity dates to spread out the harvest. A cherry tomato and a small salad-type could be planted to provide early season tomatoes.

A determinate tomato variety is useful for this, but some indeterminate varieties will also produce very early season crops.Â

A main season variety is planted as well to take over for mid-summer production. A later long-season heirloom or beefsteak type can also be planted provided it will mature in your region. If canning is on your to-do list, a paste tomato works wonders.

All of these tomatoes could be started at the same time, yet will provide a longer tomato harvest period as they have a variety of maturity dates.Â

Fertility is Key to Success

When doing succession planting, keep in mind that good soil fertility is needed to provide optimal conditions for each crop. Adding compost or other fertilizers during the season is wise. Row covers or cold frames can extend the season at both ends.

Good seed catalogs provide a wealth of information on dates to maturity and recommendations on varieties best suited to planting at different times in the season.

Sidebar: Not a Perfect Science

Crops grow at different rates depending on factors such as soil and air temperatures, moisture, day length and increasing versus decreasing day length.Â

Given this, itâ€™s not as if you can just plant six heads of lettuce each and every week and expect to harvest six newly mature heads each week.Â

When direct seeding, crops started a few weeks apart might mature at the same time if the soil temp was quite cool for the earlier one and warmed up by the time of the later planting.Â

Succession planting crops requires some trial-and-error and fine-tuning. Keep notes of what you planted when, if it was direct seeded or utilized seedlings, and when it was ready to harvest.

Once you start thinking about succession planting, you should start to consider the varied uses you wish for your harvest.

Do you plan on doing any preserving such as canning, drying, fermenting, pickling, etc.? Do you have a root cellar to store some crops in?

These considerations will impact which varieties you plant and when.

Obviously, storage carrots should be grown so that they are ready to harvest quite late in the season, when they can go into a root cellar. This would dictate their planting date.Â

Planning ahead is key. Before you start to plant, sketch out a garden plan and note where you want to plant what. For instance, in the block devoted to early radishes and spinach, sow a crop of bush beans when the space opens up. After the garlic is harvested, pop in a fall spinach crop.

Consider what your optimal harvest quantities are. How much lettuce would you hope to have available each week? If youâ€™re unlikely to use more than six heads of lettuce/week, planting 24 seedlings at a time isnâ€™t wise.

Instead, spread out the planting so that the quantities available will more closely resemble your usage targets. Â