Kerla and my mate, Bon Bon, are having kids! Mom is annoyed, but not half as much as I am. Last week, Mom was working on her computer when she heard buck blubbering just outside the door. 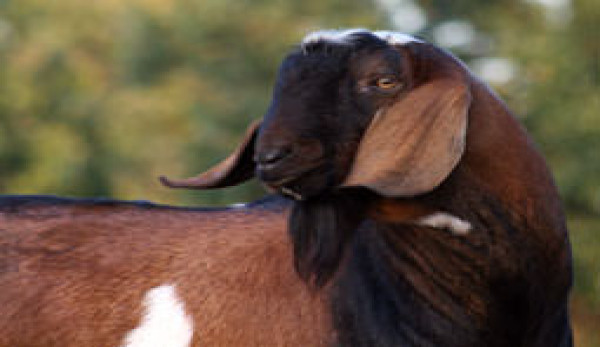 Kerla and my mate, Bon Bon, are having kids! Mom is annoyed, but not half as much as I am.

Last week, Mom was working on her computer when she heard buck blubbering just outside the door. She ran out and found Kerla and Bon Bon together, racing madly around the yard. Bon Bon hadn’t gone out with the otherĀ goats because she was in heat and making goo-goo eyes at Kerla over his buck paddock fence. All the does do it because Kerla is the Fonzie of Goats. But somehow Kerla climbed over the fence! He wanted to help Bon Bon have kids.

Kerla never had a girlfriend before, so he didn’t know quite what to do. Mom grabbed a lead rope and tried to catch him before he figured it out. But that Bon Bon ā¦ when I breed her she always races around and bashes me with her head (she thinks that’s how does show affection) and she was doing it to Kerla, too. So before Mom could catch up and get a rope on Bon Bon, Kerla figured out what goes where and he bred her three times. Then Mom thought, “What’s the use?” So she caught them both and put them in a pen.

That darned Kerla! Bon Bon and I had pretty babies together, firstĀ Jadzia and Curzon and then the Clones, but they’re all grown up now and I wanted to help her make more.

Remember when Kerla came to our farm? He was supposed to be my daughter, Jadzia’s boyfriend! But then she had my boysĀ Biscuit and Bijou last year and he didn’t get to breed her after all. So, turnabout is fair play (I guess). Around March 27, I’ll tell you about their kids.

But you know what? The next day when Kerla went back to the paddock he shares withĀ Mopple, the sheep-geep, there was a brand new strand of electric wire stretched above his woven wire fence. Kerla didn’t know what it was, so he deliberately touched it with his nose. Then he shrieked and stampeded up the ramp to the top of his Port-a-Hut and stood and snorted. Mopple was amused. Kerla deserved it!