These extra-long, stringless beans are easy to grow and a joy to harvest. 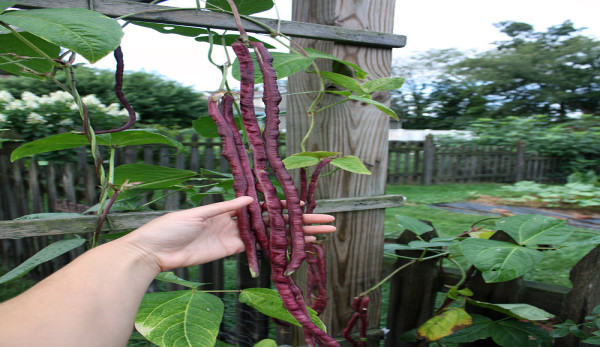 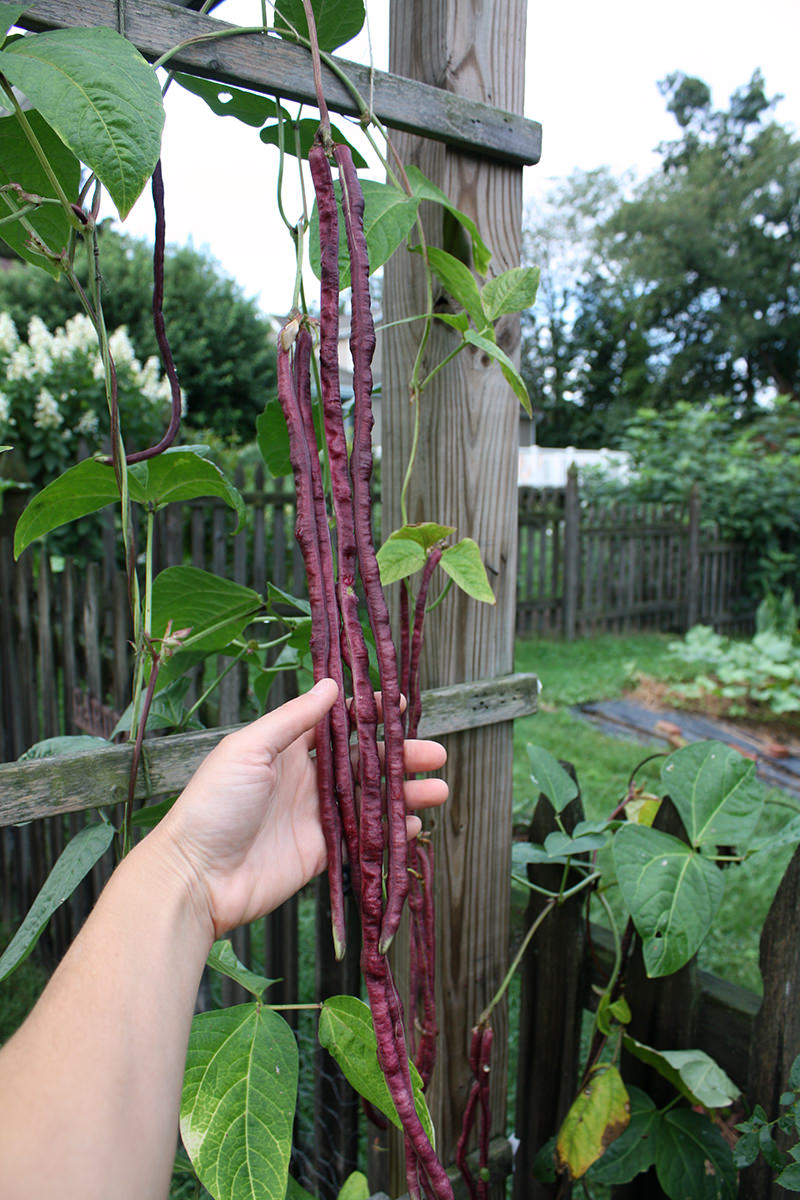 Last week, I wrote about how terrific my beans were this year. Well, after the column went live, I realized I totally forgot to mention the other, less-traditional bean I grew this year: the Red Noodle bean.

This beanâ€”aka the Chinese yard long bean, the snake bean or the asparagus beanâ€”is super cool. It’s the longest bean I’ve ever grown, and it’s surprisingly tasty. This species of bean (Vigna unguiculatasubsp. sesquipedalis) is a prolific climber. At my house, the vines covered a 6-foot-tall garden trellis by mid-summer and produced a plethora of 1Â˝-foot-long, wine-colored bean pods.

Each pod is long and straight and stringless. The plants didn’t seem to be bothered by the excessive heat and drought this summer, nor did the Mexican bean beetles touch them. The leaves were lush and large, giving that part of the garden an almost tropical feel.

Ready to harvest in about 90 days, Red Noodle beans are easy to grow. I soaked the seeds in tepid water for 12 hours before planting them at the base of a wooden trellis. I added compost to the soil and did nothing else in terms of supplemental fertilization or irrigation. They grew just fine without it!

From one packet of seeds, I’ve harvested about 10 handfuls of 18-inch-long beans, and there are still more on the vines that I’ll need to harvest before fall’s first frost. We enjoyed the beans steamed, sautĂ©ed in olive oil, in stir-fries, and in both Thai and Indian curries. I snapped them into short segments before cooking them, but if you wanted, you could curl the whole pod into a large pot and cook them whole. I have no doubt that kids would love seeing the entire red pod on their dinner plate!

I plan to allow a few of the pods to dry on the vine and save the seeds to replant in next year’s garden. Beans come true from seed, so next year, I’ll have the same Red Noodle beans I had this year.

Next year, I’d also like to try a different variety of Chinese yard long bean. There’s a green one called Orient Wonder that is said to produce deep-green pods. They get a little woody when allowed to reach full length, so harvest is recommended when the pods reach about a foot long. Orient Wonder is also said to tolerate cooler summers better than Red Noodle, so it may be a smarter choice for gardeners in the far north. There’s also a variety called White Galaxy that produces pods in just 60 days.