The Art of Chokes

I spent a few hours last evening working in my vegetable garden. It was time to harvest the winter squash and pull out the tomato vines. 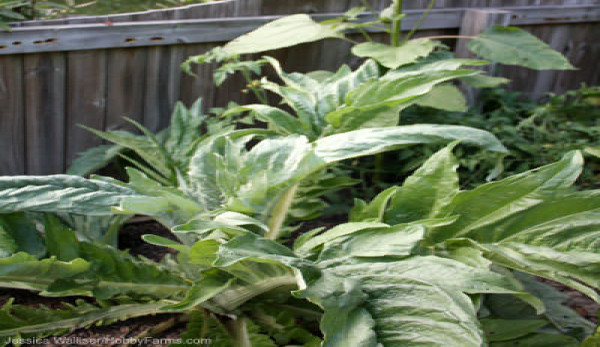 I spent a few hours last evening working in my vegetable garden. It was time to harvest the winter squash and pull out the tomato vines. It was an exceptional year for the squashâ€”I harvested well over a dozen butternuts and about 10 Delicata. However, it was not an exceptional year for tomatoes. I ended up with a bad case of the blight, and that, combined with the stink bugs, was a recipe for ‘mater failure.

Although I did manage to harvest a basket or two of tomatoes, many of the fruits ended up rotting on the vine, and the foliage turned black and slimy in mid-July. We had a very wet season hereâ€”the perfect condition for fungal issues of all sortsâ€”and my tomatoes were the ones that suffered the most.

That being said, many of the other veggies in my garden are still going strong. I’ve had some of the best beets I’ve ever grown, and theÂ carrots are just beginning to get sweet as the temperatures drop. I pulled up theÂ green bean plants yesterday, too, because after producing several harvests, they simply gave up the ghost and decided to call it quits.

The one plant that continues to grow strong is my artichoke. This year marks the first time Iâ€™ve tried growing this warm-climate vegetable, and I’m going to have to work hard to see it through winter. The plant is a good 3 feet tall and 4 feet wide, and I love its large, silvery leaves. It is quite a beautiful plant.

Artichokes (Cynara scolymus) do best where temperatures are consistent year-round because the plants are susceptible to freezing. However, there are some varieties of artichokesâ€”including Imperial Star, the one I’m growingâ€”will grow in colder climates if afforded extra winter protection. Because artichokes are tender perennials that take at least 110 days to mature, they often don’t produce any “chokes” until their second season, though sometimes they will produce the first. Imperial Star has a shorter maturation period, but Green Globe would have been another option.

TheÂ edible portion of an artichoke is the flower bud, which is harvested when itâ€™s still tightly closed and well before any flower color is showing. If grown properly, many secondary buds will also develop and lead to subsequent harvests. I planted my artichoke in full sun, and I’ve been fertilizing it with fish emulsion every few weeks throughout the summer.

The plant is doing beautifully, but now it’s time to get serious about seeing it safely through the winter. I have to protect the roots from freezing temperatures with a deep, heavy layer of straw mulch that covers the entire plant. I plan to enclose the straw in a ring of chicken wire fencing to keep it in place. Then when spring comes, I’ll gradually remove theÂ mulch over the course of two weeks. It’s likely that the plant will completely die back to the ground, but its roots should remain alive and readily sprout in the spring. With any luck, by July of next year, I’ll be harvesting my first choke!