The Asian Longhorned Tick: An Update

The Asian longhorned tick is spreading fast across the U.S. due to a unique breeding capability. Here's what to watch for and best prevention techniques. 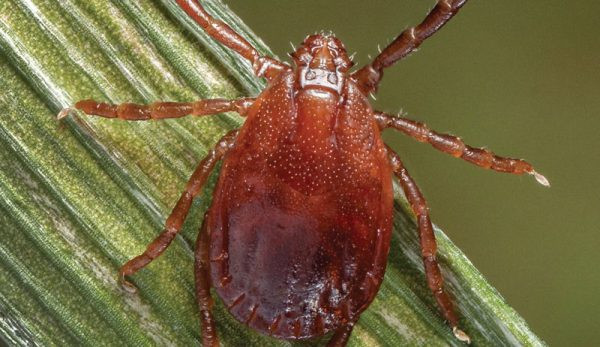 The Asian longhorned tick, Haemaphysalis longicornis, is the newest tick species identified in the United States. Native to East Asia, this tick has spread globally and was officially identified in New Jersey in 2017. However, based on collected samples, itãs now thought this tick has been in the U.S. since 2010 or earlier.ô

This tick is an indiscriminate ectoparasite. It has been found on humans, pets, livestock and wildlife, and is rapidly spreading across the country. Reports mostly come out of southern New England, the mid-Atlantic and along the Appalachian corridor of West Virginia, Virginia and North Carolina/Tennessee.

As of December 2021, the Animal and Plant Health Inspection Service of the USDA identified the tick in 17 states. The states with the most reports are Virginia, West Virginia and North Carolina.

Reports in 2021 show that the tick has now crossed the Mississippi River and has spread to the western borders of Missouri and Arkansas.

Read more: Check out these 3 natural techniques for repelling ticks.

One unique characteristic of this tick as compared to most other tick species: the femaleãs ability to reproduce without a male. This form of asexual reproduction, called parthenogenesis, means that it takes only one female tick to establish a new population in a given area.

This greatly increases the rate at which this tick spreads.ô

The Asian longhorned tick is a vector for numerous human diseases in countries where itãs been endemic for a long time. No human diseases have yet been reported as transmitted or carried by this tick in the U.S. Public health professionals, however, remain concerned at its potential vector ability.ô

The most impactful livestock update regarding this tick is its confirmed ability to transmit the cattle disease theileriosis (pronounced TYE-LEER-EE-OSIS), caused by the protozoan blood parasite Theileriosis orientalis. Infected cattle become anemic, lethargic and weak, and there is no known cure. Infected herds can experience significant economic losses.

Positive cases have been reported in herds in Virginia and West Virginia. The presence of T. orientalis-positive Asian longhorned ticks have been confirmed in these locations. This disease isnãt transmissible to humans.ô

Preventative measures remain the best source of action to take against this tick, but effective implementation presents a challenge. Keeping pasture grasses mowed short may help prevent tick infestations to an extent, as can preventing your animals from grazing in or near wooded areas.

Inspecting cattle routinely for ticks and removing any that you find can be time and labor intensive but may be one of the best protective measures. Utilizing pesticide-impregnated ear tags or strategically placed backrubs/squeeze spots for animals to dose themselves as they pass by may also help.

If you find any ticks on your cattle, closely inspect yourself, family members and pets as well.ô

APHIS-USDA continues to be the best resource for current updates on this tick and its developments across the country. Farmers in impacted states and neighboring areas are encouraged to remain vigilant for this tick and take precautionary measures where they can. If you live in an area with these ticks and suspect theileriosis in your herd, contact your veterinarian.

This article originally appeared in the May/June 2022 issue of Hobby Farms magazine.