Martin Robinson from the Queensland-based On One Acre farm tells us how bees and hydroponics help to keep things running. 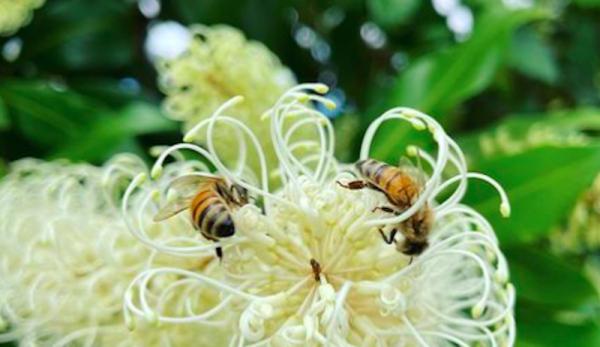 “I just love watching the bees,” says Martin Robinson, who oversees the On One Acre farm in Queensland, Australia. “Having 12 hives means there’s always bees on flowers and buzzing to and from the hives.”

Bees are an integral part of On One Acre, but the venture is also about maximizing space and respecting the land. To that end, Robinson has integrated hydroponics to combat the summer heat and extend his growing season.

We spoke to Robinson about his farming roots and how bees can really make a difference to your land. We also got into the benefits of growing baby corn.

Farming in the Genes

“Iâ€™ve always had an interest in farming, especially growing up on acreage and thatâ€™s what my family did,” reflects Robinson, as he looks back on his path to starting On One Acre. “Dad has show poultry and my parents are keen gardeners, so itâ€™s probably in my genes.”

Robinson adds that he became hooked on farming when he was able to secure his own acreage and realized he finds “growing our own food very relaxing.”

Read more: You can plant these garden crops early in the spring.

When it comes to getting the most out of his plot of land, Robinson says that the summer Queensland heat is a significant challenge, as it limits what he can grow during that season.

“I overcame this by setting up a hydroponic system to be more water wise,” he says. “Now [I’m] able to grow more successfully all year round.”

When Robinson decided to add bees to his farm, he began with a single top bar beehive. The intention was to let the bees pollinate the orchard and vegetable garden.

“I found, soon after getting the bees, our yields increased each year,” says Robinson. “That’s when I knew the bees were making a difference.”

Read more: Beekeeper (and TikTok star) Erika Thompson of Texas Beeworks is all about the bees.

If you’ve been weighing up adding some bees to your own land, Robinson says that “it can be a painful hobby at times, but the rewards outweigh any pain.”

“I run by the belief the bees always come first when taking honey and leave food for them,” he adds. “If I look after the bees, they will look after me by producing more honey.”

Beyond the bees, Robinson says he’s particularly partial to the baby corn that he grows.