My new beekeeping buddy set up a hive near my garden so I can reap all the amazing pollination benefits without having to get too close. 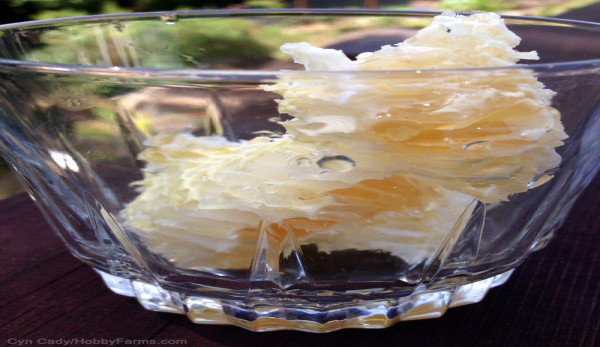 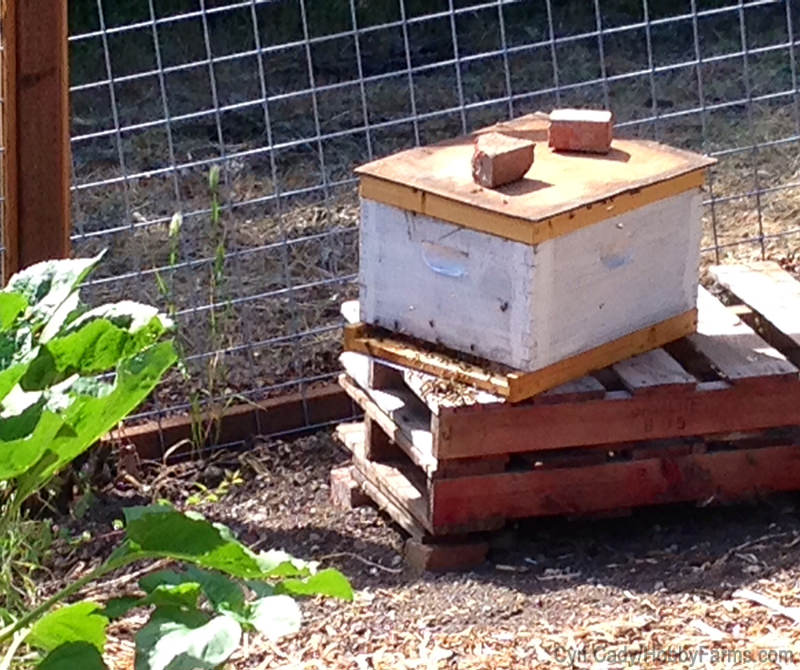 The email I sent to the local beekeeping organization asking if any of their members wanted a place to put a hive actually paid off, and now there is a legit “beekâ€ť (bee geek) in my driveway, unloading a box of bees out of his little blue truck.

This fine beek, who also goes by his secret beekeeping name of “Steve,â€ť visited a few weeks ago and together, we scoped a site. I had done a bit of reading on locating beehives, and proudly led him to a spot that I had determined would be the Worldâ€™s Greatest Beehive Location, according to my extensive research of looking at not one, but two websites. It was a safe distance from the house, had morning sun but afternoon shade, and was about 50 feet from the vegetable garden.

“How about right here?â€ť I said casually, and braced myself for Steveâ€™s effusive praising of my excellent choice of location to begin.

“Hmm,â€ť said Steve. Perhaps he was so choked with emotion at my brilliant site selection that he could not speak. “Letâ€™s walk around a little.â€ť

We strolled around to the creek side of the house, and he stopped near where Iâ€™d been working on a new Random-Style Veggie Herb Ornamental section (aka, all the plants that wouldnâ€™t fit in the Fortress Garden.) Near the deck, near the hot tub.

“That looks good,â€ť he said.

“Hmm,â€ť I said, although my “hmmâ€ť was a tiny bit more panicky and high pitched than his had been. “Wonâ€™t they, um â€¦ attack us, so close to the house?â€ť I pictured myself hiding underwater in the hot tub, breathing through a reed or something while bees angrily swarmed overhead, trying to eat me.

Steve reassured me that they would not, and that the proximity of the creek and the nearby lavender, borage and oregano (also known as “bee crackâ€ť in the professional beekeeping jargon) would keep them happy. He also hinted that a few catmint plants would not be amiss. This was a relief because I really like the hot tub and Iâ€™m fresh out of reeds. 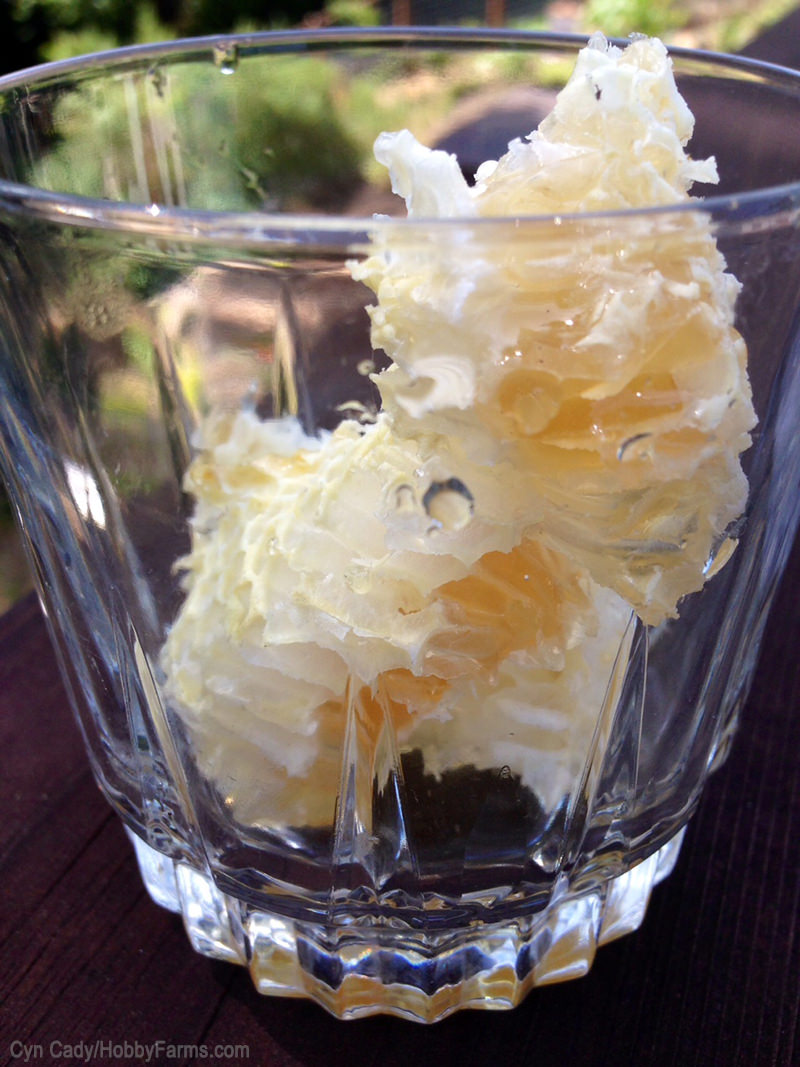 And now he was back, wearing one of those big white bee hats with the veil, muscling a hive into place on top of a couple of pallets. Bees were frantically zinging everywhere, and they did not look pleased. Each and every one wore a very cranky expression on its tiny face. At least, I think they did. I did not get close enough to confirm, and also, I was hiding in the house along with the dogs.

At last, Steve knocked on the patio door and handed me a small chunk of dripping honeycomb. “Iâ€™d keep away from the hive until tonight,â€ť he said. “They are just trying to figure out where they are, but theyâ€™ll settle down quickly.â€ť

After promising to be back in a week, he was gone in a cloud of dust, leaving me mesmerized by the honeycomb. If thereâ€™s a more perfect piece of work to be found anywhere, Iâ€™d like to see it. Itâ€™s also delicious. I chewed up a couple of chunks, acting as a human honey extractor.

I kept looking in on the bees (from a distance) throughout the day. Their frantic zipping back and forth subsided in a few hours, and I ventured closer and closer to their little white box. An entire universe lived in there, and now I get to be a part of it. Welcome home, little bees.