The Book For Making a Delicious Meal with Your Heirloom Garden

We chat with the Beekman Boys about gardening, goats and their new heirloom-vegetable cookbook. 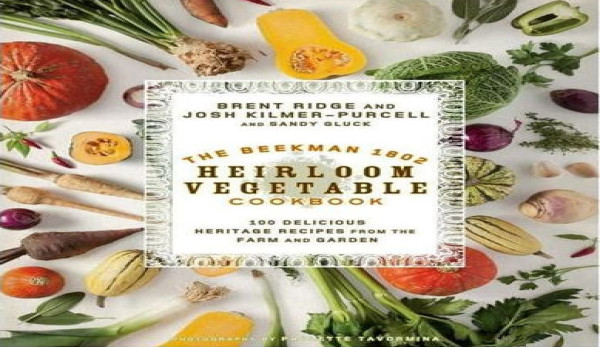 Heirloom vegetablesÂ are a foodieâ€™s dream. Anyone whoâ€™s bitten into anÂ heirloom tomato can never go back to a bland supermarket varietyâ€”not voluntarily, anyway. Heirlooms arenâ€™t only a gastronomistâ€™s paradise; theyâ€™re also a farmerâ€™sâ€”these age-old strains and varietals havenâ€™t survived by accident. Theyâ€™re hardy, theyâ€™re flavorful and theyâ€™re bona fide farm moneymakers. In the third installment of their Heirloom series, The Beekman 1802 Heirloom Vegetable Cookbook, the Beekman Boys, Brent Ridge and Josh Kilmer-Purcell, along with Sandy Gluck, have crafted a collection of 100 accessible, delicious recipes that let these veggies take center stage. 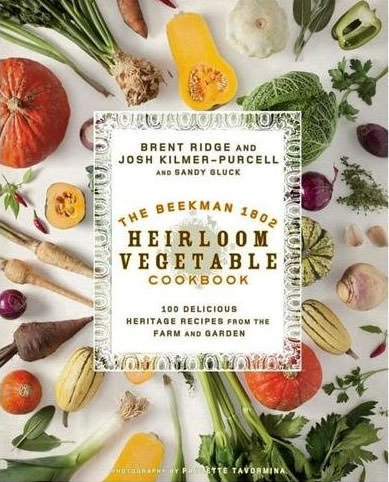 With recipes running the gamut from Rhubarb Soda Floats and Caramelized Onion and Potato Hand Pies to Savory Vegetable Bread Pudding and Beet Chocolate Cake with Candied Beet Topping, the cookbook is split into four primary sections, with 25 recipes representing each season. Most, but not all, recipes are also photographed skillfully by Paulette Tavormina, who has an excellent eye for finding the beauty in the simple things, like unshelled fava beans on a kitchen counter.

Each recipe page also features valuable space for notesâ€”something many cookbooks donâ€™t include, to their detriment. Ridge and Kilmer-Purcell want you to make this cookbook an integral part of your seasonal eating by letting you customize their recipes as you see fit; the book is a celebration of delicious vegetables, not a stringent, inflexible guide to narrow-minded veggie prep. As such, they encourage you to tweak, adjust and remake their recipes throughoutâ€”more chefs and farmers should be so kind.

Just because the cookbook focuses on vegetables doesnâ€™t mean that other food groups arenâ€™t represented, either; there are a large number of meat-inclusive main dishes, including Masala Chicken with Rhubarb, and fruit-focused sides and desserts, like Candied Fennel and Fried Lemons. Veggies are still the star of the majority of the bookâ€™s recipes, but the collection is much more than simple sautĂ©ed side dishes and purĂ©ed soups.

Where Ridge and Kilmer-Purcell may not impress with recipe originality, they succeed in flavor individualityâ€”their riff on traditional sweet potato casserole cuts the dishâ€™s innate sugariness with lime juice and adds smoky ancho chile powder for complexity, coconut milk for creaminess and coconut flakes for added texture. This ainâ€™t your mamaâ€™s Thanksgiving side dish, but it does still have that marshmallow topping you know and love.

The Final Word
If youâ€™re growing vegetables on your farmâ€”and who isnâ€™t?â€”this cookbook has at least one recipe (and likely more) that uses the crop(s) in fresh, exciting ways. Itâ€™s a nice addition to any kitchen gardenerâ€™s bookshelf.