The Book For Rediscovering Farm-to-Table

With his multi-year chronicle of everything involved in a farm-to-table meal, Kurt Timmermeister will help you deeply understand growing and raising food. 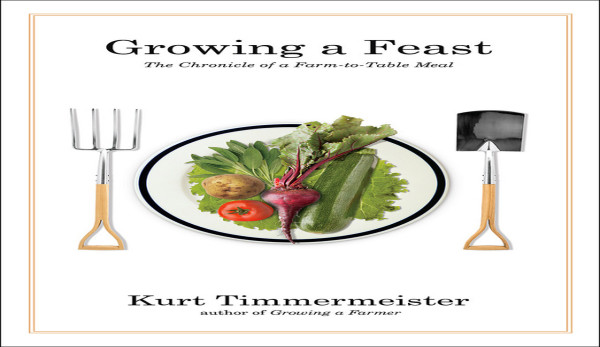 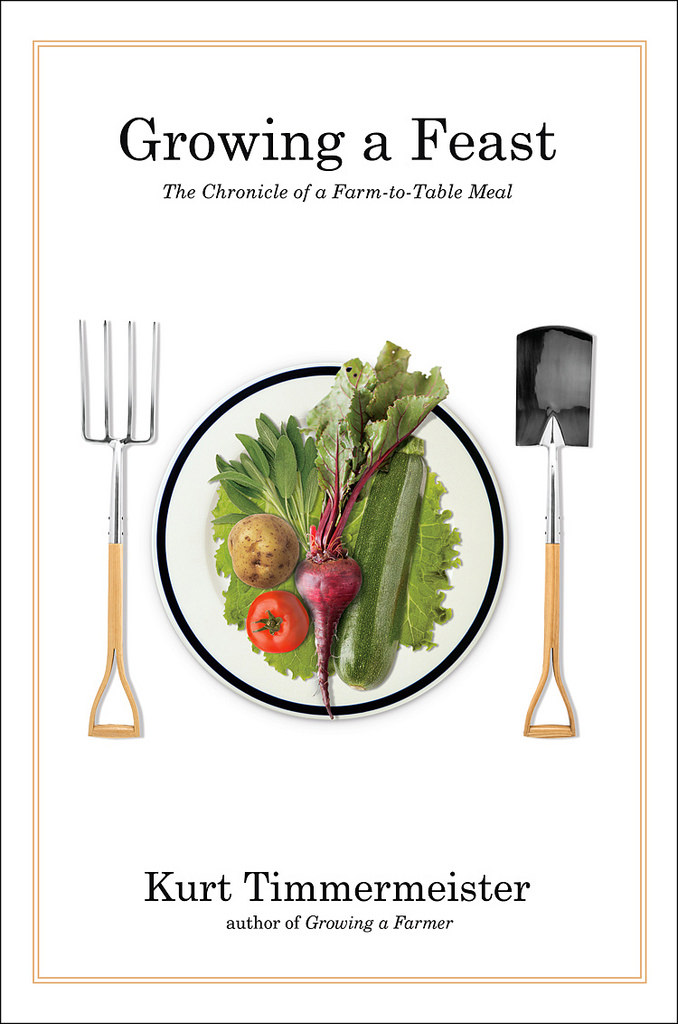 Title: Growing a Feast: The Chronicle of a Farm-to-Table Meal Author: Kurt Timmermeister Publisher: W. W. Norton & Company Release Date: January 2014 Cover Price: $24.95 Target Audience: Anyone curious about the effort behind a farm-to-table meal; those friends of yours who just “donâ€™t getâ€ť the appeal of farming

Farm-to-table has been quite the buzzword for the last decade or so, and by now, youâ€™d hard-pressed to find someoneâ€”foodie, farmer, a mix of both or neitherâ€”who doesnâ€™t have at least a passing grasp of the concept. Inseparably intertwined with the local-food movement, farm-to-table has come to represent a central tenet of the agricultural climate in the 2010s. Because of its pervasiveness, the concept has begun to lose some of its meaning, but with his new book, Growing a Feast, Kurt Timmermeister has set out to remind people what farm-to-table really means.

The book is a first-person narrative that chronicles a single farm-to-table meal on Kurtwood Farms, Timmermeisterâ€™s 13-acre homestead on Vashon Island in Washingtonâ€™s Puget Sound. To help support the farmâ€™s early days 20 years ago, he prepared what he called Cookhouse dinners, where 20 guests would share a table and enjoy a farm-to-table meal. Growing a Feast chronicles the final Cookhouse dinner, starting with the birth of the dairy cow who will give her milk for the cheese and ending with the quiet aftermath of a 10-course meal. (Donâ€™t worry that Timmermeister doesnâ€™t have enough material for fill the bookâ€™s 300 pagesâ€”his level of detail is astonishing, painstaking and very much appreciated.)

“The story of this meal begins with the birth of that calf in my barn two years before the guests sat down at the long fir table,â€ť he writes in the bookâ€™s introduction. “The story of all meals begins days, weeks, months before we sit down. It begins when those first seeds are planted, the animals are born, the cucumbers are picked and pickled.â€ť And true to that observation, Timmermeister takes you through every single step of the process, from sowing seeds in the garden and breeding beef cows to foraging for mushrooms and actually cooking and serving the meal.

Throughout the book, youâ€™ll meet a colorful cast of local characters who help Timmermeister around the farm and in the kitchen: Leda, a local farmer who barters seedlings for cheese; Ben, a recent ag-school grad who develops a grazing plan for Kurtwood Farmsâ€™ cattle; Tyler, a local chef who relishes the idea of cooking with farm-fresh ingredients; and Jorge, a former line cook turned cow caretaker, to name a few. Timmermeister does an excellent job grounding his narrative in these characters and their roles, as the temptation could be to simply wax poetic about growing and raising food in excruciating detail page after page.

Speaking of that level of detail, he doesnâ€™t delve so deeply to bore you or to fill pages; rather, his detail is meant to drive home the point that a meal doesnâ€™t begin when the guests sit down. It must be said, too, that his frank discussion of Kurtwood Farm policies is a breath of fresh airâ€”there is nothing but transparency here, down to his confession that he used a generic photo of a calf on a Craigslist posting selling that animal because “they all look the sameâ€”fawn-colored hide, tiny ivory hooves, large inquisitive eyes and long black eyelashes.â€ť And if you have an interest in agriculture (which, if youâ€™re reading this, I assume you do), the last thing youâ€™ll be is bored by Timmermeisterâ€™s treatise on planting onion and shallot starts or the sections on butter churning and cheese making.

Unsurprisingly (spoiler alert?), the meal goes off without a hitch, and Timmermeisterâ€™s guests leave full and happyâ€”and not without a hug from him. “Tomorrow they will go to their local grocery store and pick up some vegetables and meat and put together a meal,â€ť Timmermeister writes in the bookâ€™s final pages, referring to his dinner guests. “My hope is that they look at that tomato a little bit differently, that quart of cream with a bit more curiosity.â€ť

And that is Timmermeisterâ€™s true goal with Growing a Feast: He just wants you to understand what goes into your food, and to have a sense of curiosity and wonder about what you eat. Sure, you may not get to enjoy the tomato upside-down cake or brown butter and sage winter squash soup that he discussesâ€”there are recipes in an appendix, though!â€”but you can get an appreciation for what farm-to-table truly means all over again.

The Final Word: If you need a Growing a Feast is a worthwhile journey from the birth of a cow to the last sip of coffee after a farm-fresh meal.

Host your own farm dinner with help from HobbyFarms.com: