While not for the vegetarians among us, this butchering manual and meat-focused cookbook will have omnivores drooling. 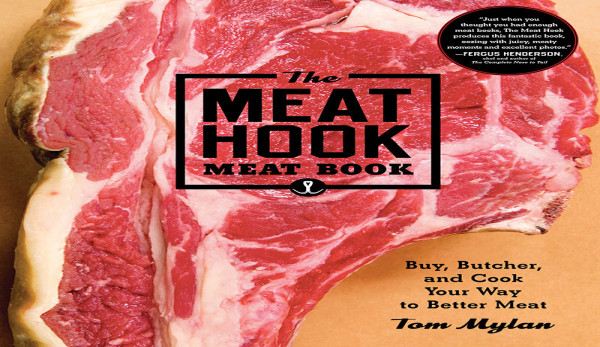 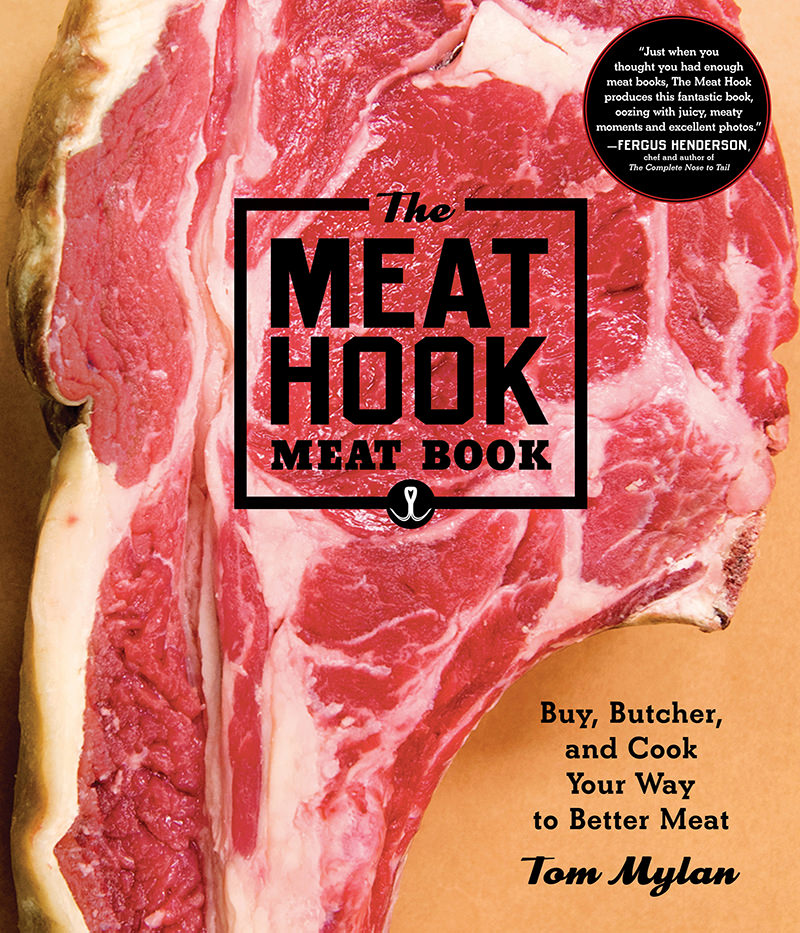 In my time reviewing books for HobbyFarms.com, Iâ€™m not sure Iâ€™ve come across a book with a better voice or more aptly named title (though Improving Your SoilÂ came close on the title front) than The Meat Hook Meat Book, an all-inclusive book on meat by Tom Myles, co-owner of The Meat Hook, a sustainable-meat butcher shop in Brooklyn, New York. (See what I mean about the title?)

Intended as a guide for sourcing, butchering and preparing beef, pork, lamb, poultry and rabbit, plus all of their various offal cuts and bones, The Meat Hook Meat Book sets itself apart from other butchering guides and meat-focused cookbooks by being a genuinely entertaining read. Myles paints himself and his two co-owners, Ben Turley and Brent Young, in a hilarious self-deprecating light, peppering stories of their misadventures and successes throughout the book in recipe headnotes and asides. Itâ€™s not often that I laugh out loud while reading the books I cover here on “Plowing Through,â€ť but this one made me do so on multiple occasions.

Mylesâ€™ conversational style is immediately engaging, and youâ€™ll likely find yourself charmed by his stories and the cast of The Meat Hook characters right off the bat. Donâ€™t think that the book is all style and no substance, thoughâ€”in fact, the exact opposite is true. The book may be playful and humorous, but that doesnâ€™t mean that Myles isnâ€™t serious about the art of butchering and preparing meat for consumption.

Packed with descriptive photos and painstakingly detailed recipes and methodology, this book aims to equip readers with the knowledge and techniques to tailor their meat cutting and purchases to the recipes they want to make. Look no further than the comprehensive breakdowns of animal cuts that open each chapter; plus, further hammering home The Meat Hookâ€™s playful attitude, the meat cuts are displayed against photos of outer space. This ainâ€™t your grandparentsâ€™ butchering book.

It has a massive photo of a well-marbled raw steak on the cover, and after perusing the book briefly, my first thought was “Of course it does.â€ť It goes perfectly with Mylesâ€™ no-nonsense, no-sugarcoating attitude about his subject matter, while tipping the hat to The Meat Hookâ€™s trademark wit: Itâ€™s a book about meat, so letâ€™s put a steak on the cover. No sense in pussyfooting around. Of particular note to HF.com readers is the continuous emphasis on locally raised, sustainable meat consumption: Myles includes information on how to continue supporting local farmers with your purchases without breaking the bankâ€”the easiest solution is to buy larger cuts of meat, called primals, from your butcher or farmer and then trim them into the cuts youâ€™d like yourself.

“At The Meat Hook, we are in the business of paying our farmers, and to that end, we strive each and every day to simply do it right,â€ť Myles writes in The Meat Hookâ€™s mission statement. “… Everything we do is for the purpose of properly representing our farmersâ€™ hard work, deep knowledge and high-quality animals. We never forget that without them, weâ€™d be just another bunch of jerks selling pork chops.â€ť The lack of goat-focused techniques and recipes are a bit of a letdown, especially since goat meat continues to be consumed by more and more Westerners each year, but thatâ€™s a small slight on a valuable book for meat-eaters everywhere.

The Final Word: The Meat Hook Meat Book will show you how to cut, store and prepare almost any cut of meat your carnivore heart desires, and itâ€™ll keep you smiling and laughing all the while.

Learn more about raising and processing your meat: