The Book Where Joel Salatin Gets Personal 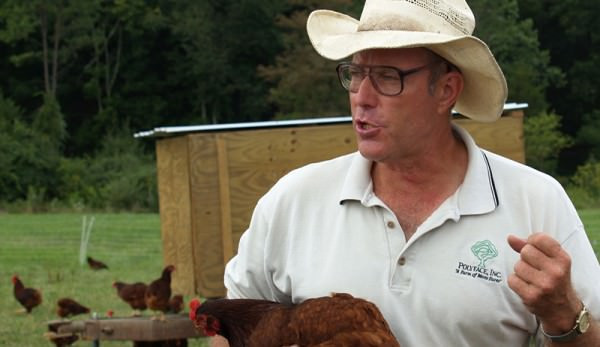 When I received the new book The Marvelous Pigness of Pigs by Polyface Farm’s Joel Salatin and saw Faith Words as the publisher, I paused. Is this a mistake? Most of Salatin’s books have been either self-published and distributed through Chelsea Green, or in the case of Folks, This Ain’t Normal, published by Center Street. So could Faith Words just be coincidentally religious? Or maybe they just gave Salatin a sweet publishing deal. I don’t judge.

But no, there was no mistake. Salatin will tell you himself, “This is my coming out book.”

That Salatin is a man of faith is no surprise to those who have followed his career. But that he wrote a book about his faith, and moreover, about how his faith guides his farming, is perhaps a little surprising.

I say “surprising” because, as Salatin himself notes, there is a “tension” between the “creation worshippers and the Creator worshippers”—environmentalists and Christians, respectively—and to take on this tension risks alienating himself in both camps. This may be especially true because this book does not target those friendly readers who have already drank the anti-GMO, anti-CAFO, Joel Salatin Kool-Aid. Not really. Instead, this book speaks to the “34 percent of Americans who call themselves evangelicals, the religious right, Christians, or members of the faith community,” because, as he notes, “While Christians aren’t the only ones abusing God’s creation, to be sure, we are the only ones who should do it least.” 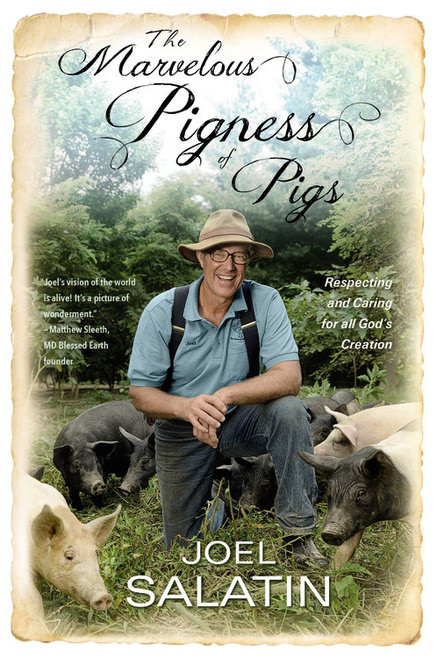 So through anecdote and scriptural illustration, that is precisely what Salatin works to accomplish. By putting ecological consideration into biblical context, Salatin outlines precisely why Christians should care, arguing, “You don’t have to read much scripture to realize God wants us extremely participatory in His creation.”

Having grown up in the church and remained a believer, Salatin knows his way around scripture, applying it adroitly throughout. But likewise, having lived his life on a “non-chemical compost-centric, free range chicken, homemade raw milk organic-embracing” farm, he has long applied his faith to his work while personally experiencing the divide between Christians and ecological farmers. Many of his fellow Christian friends have scoffed at his ideas on farming and environmentalism, while many of his fellow farmers have blamed Christianity for the state of our planet. So being who he is (and perhaps how he is), Salatin feels compelled to pull these two sides together—two camps that may be uniquely fitted to do so.

Although the voice Salatin takes on to accomplish this goal seems a bit tamer than his other works, it is still very much a Joel Salatin book. “Only life can die and give you life,” he writes in a prime example, “We’re the first culture in the world that routinely eats things that have never lived. In spiritual parlance, we’re ingesting things that are an abomination to our bodies—and then requesting prayer for the ailments that result.”

It is hard to say if the people who should read this book will, or if the general Joelness of Joel—his often heavy-handed, perhaps preachy, way of describing the follies of our food system–will turn them off before they can get into the substance. But it’s not hard to say that it is an important work, and one that could very well change how Christians view the environment, and how environmentalists view Christianity. Because they are not so different. Everyone’s needs good food—it’s how we were designed.

Pick up your copy of The Marvelous Pigness of Pigs when its released this May.