The Bugs Your Chickens Love—And Hate!

Insects are everywhere! Learn which flyers and creepers can keep your chickens happy, and which to watch out for. 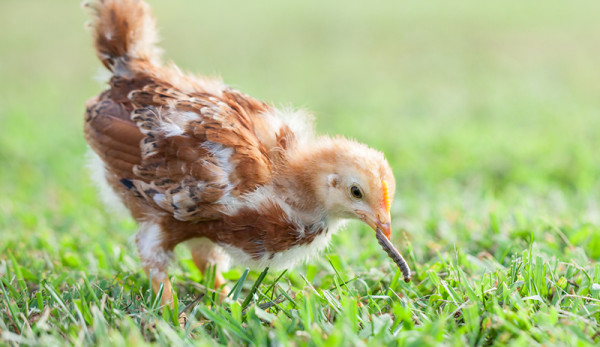 Beasties, specks, creepy crawlies—whatever you call them, bugs can be found in any yard or garden, especially if you keep chickens. Not a problem, you say? What could be more natural than a happy hen scampering after a hopping cricket or scratching up a tasty beetle? You may have even started your flock with the express purpose of insect control. Not all insects make for tasty snacks, however, and some can be downright dangerous to your birds. As a poultry keeper, you’ll need to differentiate between the good, the bad and the ugly.

The Birds & The Bugs

Raising chickens has long been known as an excellent way to curtail the local insect population—“insect” being a colloquial catch-all term that covers noninsect arthropods such as spiders, worms and centipedes. If it creeps, crawls or flies, your birds will obligingly hunt it down and eat it.

Chickens’ omnivorous diet, ravenous appetite and natural curiosity will keep them cheerfully foraging in their run and, if you allow it, on your lawn or in your garden. Free-ranging your chickens will not only keep your flock content but will also significantly diminish the number of insects on your property.

Chickens will gladly gobble up grasshoppers, hookworms, potato beetles, termites, ticks, slugs, centipedes, spiders and scorpions. They’ll happily devour the larvae of ants, moths and termites, with a distinct partiality to beetle larvae—lawn grubs and mealworms, aka darkling beetle larvae. (The latter are sold by various companies, if you’d like to buy a treat for your birds.)

There are, of course, instances where you’ll find yourself upset at your birds’ propensity for inhaling all insects, such as when they chase after butterflies and fireflies, or greedily gulp down your garden’s earthworms. Likewise, there will be times you’ll scratch your head and wonder why your flock is completely ignoring certain insects you want gone, such as box-elder bugs and multicolored Asian ladybeetles. (Both emit a noxious odor and therefore have few natural predators.)

Chickens will also avoid ingesting bees—and who can blame them?—but they will chow down on hive beetles, which has encouraged many beekeepers to keep honeybee hives alongside their flocks.

With these natural exterminators at work in your yard and vegetable patch, there is no need for the use of pesticides. Using chemicals can in fact be harmful or even fatal to your poultry flock and to your pets and even wild animals, too, especially if they ingest affected insects or plants that have been sprayed with these poisons.

In situations where relying on chickens for insect elimination is impractical—a backyard barbecue or a late-night soiree, for example—use a bug zapper, then offer the electrocuted pests to your poultry as crunchy treats.

The Flies Have It

When it comes to chickens, flies are a double-edged sword. On the positive side, chickens love to eat flies and absolutely adore fly larvae. A growing number of chicken keepers are even starting to raise black soldier fly larvae to feed their flocks and improve the decomposition processes in their compost bins.

On the negative side, houseflies are known to transmit the chicken tapeworm Choanotaenia infundibulum, a parasite which deprives its avian host of the nutrients it needs to thrive and survive, while green bottlefly larvae have been known to cause botulism, aka limberneck disease, in chickens.

Even worse, house flies, green bottleflies and black blowflies—known as filth flies, which are flies that typically breed on animal feces—can also cause a horrifying condition called myiasis, aka flystrike. While flystrike is far more common on such livestock as sheep, horses, cattle and even rabbits, it occasionally does affect chickens with devastating effects.

In flystrike, adult female flies lay their eggs in a moist, odiferous area of a chicken’s body, often an open wound or a dirty vent. Within 24 hours, maggots hatch and begin to feast on dead cells, secretions and other bodily debris.

These maggots don’t eat live tissue, but they do tunnel through it, causing irritation and injury to the chicken. The pungent smell of the infestation then attracts more flies, repeating and exacerbating the infestation.

Afflicted chickens may recover if brought to veterinary attention during the condition’s early stages; unfortunately, the shock, pain and decay caused by flystrike often results in bird mortality.

To keep your flock healthy, the best course of action is to repel and keep flies out of the coop. Some methods, including hanging vanilla-scented air fresheners or clear baggies of water with pennies in them, seem like old wives’ tales yet have avid pro-ponents who swear to their effectiveness. More practical antifly tactics include:

If fly infestation continues to be a problem, consider a proactive approach: fly predators. These gnat-sized, nonstinging wasps lay their eggs inside fly pupae; the newly hatched parasites consume the pupae, preventing them from reaching adulthood. Fly predators are harmless to humans, plants and other animals; the one drawback to their use is that chickens find them delicious, so several releases throughout the fly season may be necessary.

As with your lawn and garden, you’ll want to stay away from chemical methods of eliminating pests from your coop. Using insecticides in such a small, enclosed area can seriously harm your birds, introducing toxins into their bodies no matter how well-ventilated your henhouse may be.

Keep your hens healthy and they’ll repay you in kind by eagerly partaking of your yard’s bountiful bug buffet—and entertaining you with their antics while they do so.