The Cicadas Have Arrived … 4 Years Early

Periodical cicadas, expected to emerge on 17-year intervals, have arrived fashionably early to the farm party. 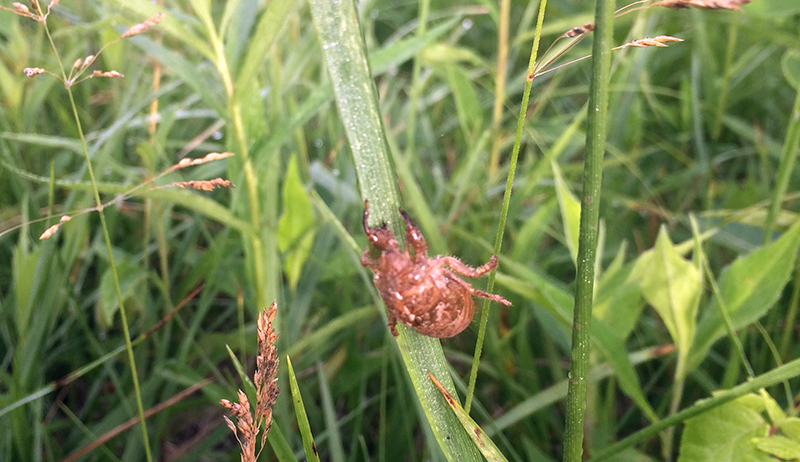 It’s hard to believe, but it has been nearly a year since Mr. B and I made the decision to uproot our lives in the city and embark on a new adventure as hobby farmers. After 12 months of learning about our land and observing the changes each season brings, we’re beginning to see many of the same patterns emerge that the first tangles in this new romance brought into our lives: blooming daisies, baby deer, gloriously cool evenings. However, a new sound has arisen this month—something we haven’t yet heard during our time here: the summer song of the cicadas.

The rattling of this insect is a familiar tune. It takes me back to summers growing up in Ohio, where the months of June, July and August were hot and sticky but freeing. The ch-ch-ch-ch sound of cicadas indicated a time we were let loose to explore our neighborhood, waste away the days with our best friends and get caught up in whatever adventures our imaginations could conjure. To hear that sound again ignites in me a feeling of nostalgia.

As enjoyable as that song of summer is, it’s not one that should be playing for quite awhile. Like clockwork, the periodical cicada emerges from its nesting grounds every 13 or 17 years, depending on the brood. What we’re hearing this year are the members of Brood X, cicadas that are on a 17-year cycle and weren’t scheduled to appear until 2021.

The evidence of their presence is undoubtable, though. Mr. B and I have not only heard their daily chorus but also spotted their shed shells (pictured above) all over the farm—on flowers, on trees, near the house. Why they are coming out so early despite what has typically been a predictable emergence schedule is unclear. Some scientists believe that unusual weather patterns could be sparking dysfunction in the insect’s biological clock, causing nymphs to risk several years out in the open before they are able to mate.

These flying insects aren’t particularly dangerous to humans, but they can cause destruction to a farm’s hardwood and fruit trees by feeding on the roots, so take precautions, particularly with young saplings. Fortunately, we have a fairly healthy woodland and haven’t planted any fruit trees (yet), so this year I’ll just be taking in the familiar tune and observing how the cicadas’ presence affects farm life this year—particularly a few native persimmon trees, which failed to produce fruit during our first year on the farm.