The Cliffs of Cinque Terre

About an hour down the coast from our home is a group of tiny villages built on seaside cliffs. 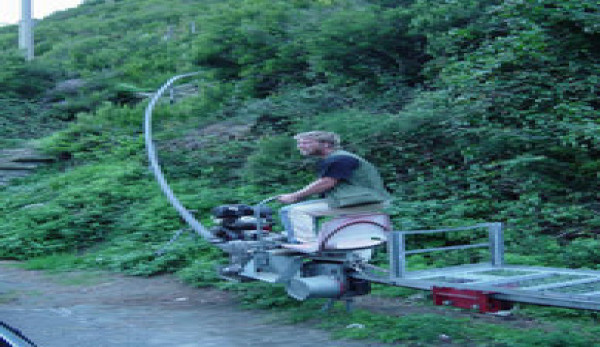 About an hour down the coast from our home is a group of tiny villages built on seaside cliffs.┬Ā The name of this area is the Cinque Terre because there are five main villages along the coast.┬Ā

The first photo here is of the largest of the villages, Riomaggiore, on the southern end of the Cinque Terre.┬Ā Up until a few decades ago, there were no roads to the Cinque Terre, and the only way to get there was either by boat, on the train, or using the foot paths that wind up and over the coastal mountains.

The steep cliffs in this area have all been built up into terraces that house grape vines.┬Ā The bulk of this extraordinary rockwork was put in place after the fall of the Roman empire, when the locals needed to find a way to protect themselves from pirates.┬Ā

The most notable landmark in our town of Rapallo is the little castle on the seafront that was built in the 1500s to house some big new cannons that were intended to help with the defense against the pirate Dragut, whose ships had been landing frequently in the area and stealing horses and women from the locals.┬Ā

The cannons never were used though, because Dragut died the year that the fortification was completed, and the Genovese navy finally put an end to most of the piracy.

All over Italy, people have built their villages and terraces on the sides of cliffs, presumably because pirates were usually too lazy to climb up the cliffs.┬Ā Because my own garden is also built on steep cliff, I feel a certain comradeship with Cinque Terre and often joke with my neighbors that we can all take refuge in the vegetable garden if the pirates ever attack Rapallo again.

One of the impressive features of the Cinque Terre vineyards these days is the network of simple monorails that climb up and down the cliffs.┬Ā The second photo today is of one of the monorail engines.┬Ā One can see how the single track of the monorail goes straight up the cliff in the background.┬Ā The engines for these monorails are just little rototiller type engines, but they manage to pull the carts up the extremely steep slopes.┬Ā

My wife and I went for a ride on one of these monorails a few years ago when I wrote an article about the Cinque Terre for an American wine magazine.┬Ā The ride was both exhilarating and terrifying.┬Ā These days the harvest and most work projects are accomplished with the help of the monorails.┬Ā┬Ā I’m very jealous and would love to figure out a way to put a little monorail system on my own cliff.

In the old days viticulture was a arduous process in the Cinque Terre.┬Ā Just hauling the baskets of harvested grapes up or down the cliffs to reach a collection point was incredibly difficult.┬Ā The cliffs are really steep and in some places they actually border right on the water.┬Ā

Old stories spoke of farmers hanging themselves over the cliffs on ropes in order to harvest the grapes.┬Ā┬Ā This may or may not have been true, but it is well known that loaded baskets full of freshly harvested grapes were sometimes lowered into waiting boats because that was easier than carrying the grapes along the cliffside paths.┬Ā Heroic agriculture indeed!