The Decline Of Fireflies

Fireflies are a staple of summer nights, but to keep them around, we need to help them out. 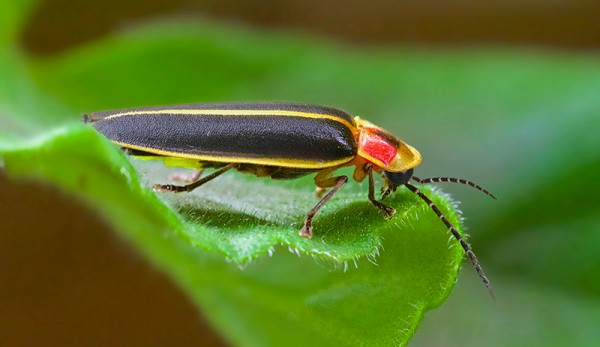 The beginning of the end of summer is here. The flurry of back-to-school shopping, the armloads of fresh garden veggies, and the relief that the long, hot days are not quite so long now‚Äîall signs that it‚Äôs time to bid a seasonal farewell to my favorite companion on those hot summer nights: the firefly.

This may come as a shock, but I don‚Äôt have memories of fireflies as a child. My love affair with the lightning bug didn‚Äôt begin until I was 20 years old and had moved from the high and dry plains of Texas to lush, forested Tennessee. I remember the first time I saw what looked like Christmas lights decorating the trees that edged my favorite park and gasping at the sight of those little mysteries that children worldwide chase through humid grassy turf.

What Makes Fireflies Light Up?

Fast forward a decade and a half, and I found myself guiding night hikes at Acadia National Park, describing the bioluminescent reaction inside a firefly‚Äôs abdomen. Wide-eyed visitors tried to make their own sparks by biting into Wint-o-Green Life Savers, which make a similar but different chemical reaction.

In fireflies, a chemical called luciferin reacts with oxygen, calcium and ATP (adenosine triphosphate) to create a visible spark of light inside their abdomens. This glow is a marvel of energy efficiency. The light that fireflies create with their abdominal chemical reactions is 100-percent efficient compared to the average incandescent light bulb that wastes 90 percent of its energy as heat instead of light.

A few years later, while camping in the Red River Gorge in Kentucky, I encountered a different aspect of the firefly life cycle. Not only were the deep skies sparkling with stars and the trees flashing signals of fireflies, but I noticed a tiny, faint glow coming from some leaf litter in my campsite. Tracking it down patiently, I uncovered it and shined my flashlight on it. I found a weird, bumpy roly-poly-like insect‚Äînot exactly what I expected of a glowworm, the larval stage of a firefly.

Why Do Fireflies Glow?

The short answer is to attract a mate. Usually, males do all the flash dancing while females watch from nearby vegetation. Trying to find another black beetle in the dark is hard enough. Try doing that and finding one that has the right genes to breed with you (please don‚Äôt take that literally). The point is that these beetles needed an effective way to communicate and have developed a very specific type of sign language.

With more than 2,000 firefly species worldwide and up to 170 species in North America, there could be several species trying to connect in the same area. To work around potential mismatches, each species projects a different pattern of flashes, sending recognizable messages to its own kind.

At my house we, see generally see a J-pattern, like tracing a little curved line up. They appear to be a greener color than the ones at my friend‚Äôs house, which are have an orange tint and flash quickly while they move sideways. These colors are clues to their scientific classification. There are three easily identifiable genera:

About a month ago, I saw these fairy-like ephemeral sprites actually ‚Äúdoing it!‚Äù Sitting on my front porch at sunset, I was again surprised by the J-shaped lights rising from the weedy lawn. Near my left shoulder, I carefully watched a bold firefly land in a shrub, and I realized I‚Äôd never actually seen one land and been able to track of where it went. I sat completely still and watched as it circled another beetle, flashing slowly, gently, as it stepped tiny feet closer to the second beetle. Without any resistance, it climbed on top and appeared to perch peacefully as a love connection was made.

The Ugly Side Of Fireflies

In the animal kingdom, all is not peaceful and serene, especially when it comes to mating. Being noticed is not a great survival technique, so many firefly species have developed a defensive technique similar that of the Monarch butterfly: They look pretty but taste awful. So bad, in fact, that predators, such as spiders and birds, have learned to leave them alone. The firefly‚Äôs secret weapon is in their blood, a type of steroid called lucibufagins, similar to the toxins found in some toads.

The Photuris fireflies, however, lack any toxic compounds, so they make up for it in by eating other fireflies that do have it. It‚Äôs sort of like they eat their poisonous cousins to make themselves poisonous. How does one accomplish that feat? Trickery, of course. Females mimic the Photinus carolinus signals. (Those are the famous synchronous fireflies in the Smoky Mountains that astound tourists by the busload.) When the males approach seemingly interested females, the ladies turn the tables and devour their unsuspecting suitors. That means more protein for them when they need it most for egg development. Luckily for those eggs, the young will hatch out carrying some of those repelling toxins, too, but won‚Äôt necessarily pass them on to their young. Thus, the cycle of deceit must continue in the Photuris soap opera.

That glow is not only a way to communicate come-hither invitations, but also sends back-off warnings. The glowworm I found under the leaf litter was not trying to mate (it was underage, for one thing). It was warning me‚Äîand any other predator‚Äîthat it would taste really, really nasty if I tried to eat it. Even the eggs of some fireflies will emit the pulsating glow.

The Decline Of The Firefly

Back at Acadia, long-time rangers agreed with the visitors who continually commented on the decreasing numbers of fireflies each summer. If you are one of those people who would say, ‚ÄúI used to catch fireflies and keep them in a jar! Now I never see them!‚Äù Well, you just might be a tiny bit to blame for their decline. But really, we all are. Light pollution, pesticide use and development of open spaces are the main culprits. Habitat loss affects fireflies as much as it impacts the well-publicized pollinators.

Ironically, the magic of fireflies has been another factor in their fragility. Chemical companies used to pay for a penny a piece for fireflies, dead or alive. Their bioluminescent chemicals were extracted and used for a wide range of scientific research, everything from cancer research to detecting life on Mars to repelling sharks, according to a Chicago Tribune article from 1987. In the article‚Äôs example, an avid firefly harvester made a killing during her summer job. She collected and shipped an average 35,000 fireflies every other day, from her home in Iowa to the chemical company‚Äôs office in Missouri.

Nearly 30 years later, it‚Äôs hard to believe that some modern Asian cultures will still capture millions of fireflies in the wild and release them during ceremonies and celebrations, not only removing them from their habitats and stressing them during mating season, but also shortening their brief lives. Obviously, to harvest millions from the wild indicates there are still millions to be found, but does that justify indiscriminately relocating them to tickle the fancy of festival-goers?

To be fair, many Asian countries are also leading conservation efforts to protect firefly habitats. This is a practice that the U.S. has not taken seriously yet, even though a few of the North American species are particularly vulnerable to extinction.

How Can You Nurture Firefly Populations?

In addition to confusing fireflies, light pollution disrupts the patterns of bats, moths and other nocturnal animals that play important roles in a balanced ecosystem. Not to mention the joy of watching fireflies‚Äô illuminated displays is greatly enhanced with a darker background.

Some species of firefly will lay eggs in brush piles. Firefly larvae will eat slugs, snails and worms that thrive in moist, decomposing bark. Pile up woody debris or just let it lay where it falls beneath trees.

Water features with non-chlorinated water provide an essential element for firefly habitat. The jury is out about whether firefly larvae need standing water. We do know that they need moist soil; that doesn‚Äôt necessarily mean providing habitat for fireflies will result in more mosquitoes.

Allow at least the outer edge of your property to go a little wild. Mow less often to avoid killing adult beetles that are hanging out on grass blades during the daytime. Native trees, particularly pines, create habitat where needles drop and make a nice mulched ground cover. Plus, the tall, thick branches block light pollution.

With natural habitats paved over, replaced with exotic plants, tidied up beyond recognition, distracting and confusing or just plain poisonous to these tiny creatures, fireflies benefit from a little wildness. We all do. An intentionally unkempt garden could ignite your childlike wonder when the magic of the season returns next year, with a summer all aglow.

Join the effort to understand firefly populations by contributing to citizen science.