The Environmental Working Group’s latest release of their Dirty Dozen and Clean Fifteen lists guide consumers in their organic-produce shopping. 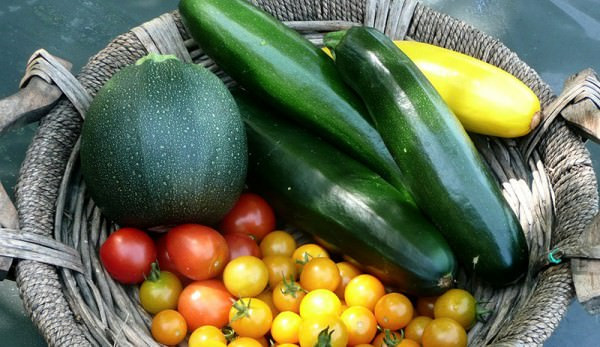 If a baker’s dozen is 13, then a dirty dozen is 15. The nonprofit Environmental Working Group has released its Dirty Dozen list for this year with 15 fruits and vegetables that it found to be most contaminated with pesticides. EWG also announced the Clean Fifteen and its full reporting of The Shopper’s Guide to Pesticides in Produce, which it’s been publishing since 2004.

For consumers, the EWG lists help shape budgets for organic produce shopping—spend on organic for the most heavily sprayed fruits and vegetables, if you can’t go all-organic. For farmers, the lists give insight into the produce that may be most difficult to grow organically and also the produce that will be most sought after with an organic label.

EWG makes the case for eating fruits and vegetables—even conventionally grown when necessary—over eating sugar- and additive-filled processed foods. It also encourages consumers to wash their fruits and vegetables before cutting, cooking or eating them, because you really don’t know what’s on them before you get them into your kitchen.

The Dirty Dozen lists the fruits and vegetables that have been contaminated by multiple pesticides and that have higher concentrations of pesticides. Fruits dominate this year’s largest chemical-use list: strawberries, apples, nectarines and peaches are the top four offenders, and grapes and cherries follow close behind.

“Nearly all strawberry samples—98 percent—tested by federal officials had detectable pesticide residues. Forty percent had residues of 10 or more pesticides, and some had residues of 17 different pesticides,” according to the EWG. Also, more than 98 percent of peaches, nectarines and apples tested positive for the residue of at least one pesticide. The organization points out that not all of the chemicals detected have been shown to pose a danger to our health, but others are linked to terrible health issues, including cancer, reproductive and developmental damage, hormone disruption, and neurological problems.

Vegetables on the Dirty Dozen list are celery, spinach, tomatoes and cherry tomatoes, bell and hot peppers, cucumbers, kale, and collards. While potatoes didn’t make the list, EWG found the average potato has more pesticides by weight than any other produce.

On the opposite side of the chemical-based-agriculture spectrum, EWG’s Clean Fifteen list features produce that showed less than four types of pesticide residue. Avocados are at the top the Clean Fifteen, EWG says, because less than 1 percent of all avocados tested showed any pesticides. Joining avocados are sweet corn, pineapples, cabbage, sweet peas (the frozen ones), onions, asparagus, mangoes, papayas, kiwi, eggplant, honeydew, grapefruit, cantaloupe and cauliflower.

EWG points out that sweet corn and papayas may be grown from genetically modified seed, so if chemical use is not your only reason for going organic, you might choose to purchase these organic, as well.

The Shopper’s Guide to Pesticides in Produce

To arrive at the Dirty Dozen and Clean Fifteen, the EWG compiles a larger Shopper’s Guide to Pesticides in Produce by ranking pesticide contamination of 48 popular fruits and veggies. It looks at more than 35,200 samples tested by the USDA and Food and Drug Administration. EWG reports 146 different pesticides were found on fruit and vegetable samples, and some of these chemicals remained on the produce after washing and peeling.

A summary of The Shopper’s Guide is here, and you can read the full ranking of 48 fruits and vegetables—from most chemical-laden to least—here.

Not Everyone Loves EWG

Of course, there are two sides to every story. As a sustainable-living advocate and organic farmer, I appreciate the EWG’s product rankings. (They have consumer guides for seafood, processed foods, skincare and more, too.) I agree with EWG when they say there isn’t enough testing of chemicals’ impacts on human and environmental health to really know how much damage we’re doing by slathering all of these pesticides, herbicides and artificial ingredients all over ourselves and the earth, so I avoid them when possible.

It’s up to consumers to decide what they want to believe. So in case you’re looking for the anti-EWG stance, the Center for Organizational Research and Education offers its Activist Facts review. It refers to the EWG as the “Environmental Worry Group,” calling out the organization’s campaigns that draw attention to lead in lipstick, vaccination-autism links, water quality, parabens, phthalates, BPA, pesticide use, GMOs and antibiotic-resistant bacteria. I do think EWG guidance is worth taking with a grain of salt—though maybe not something as salty as this Activist “Facts” website.