Rachel Hurd Anger Not long ago, one of my hens laid an egg that weighed a mere ounce—even smaller than the USDA’s minimum weight for a peewee egg. Since then, the same hen has laid one more. Two days after I’d brought that second egg in from the nest box, I was busy getting […] 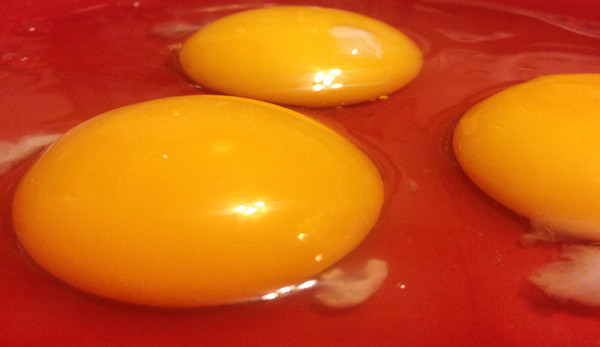 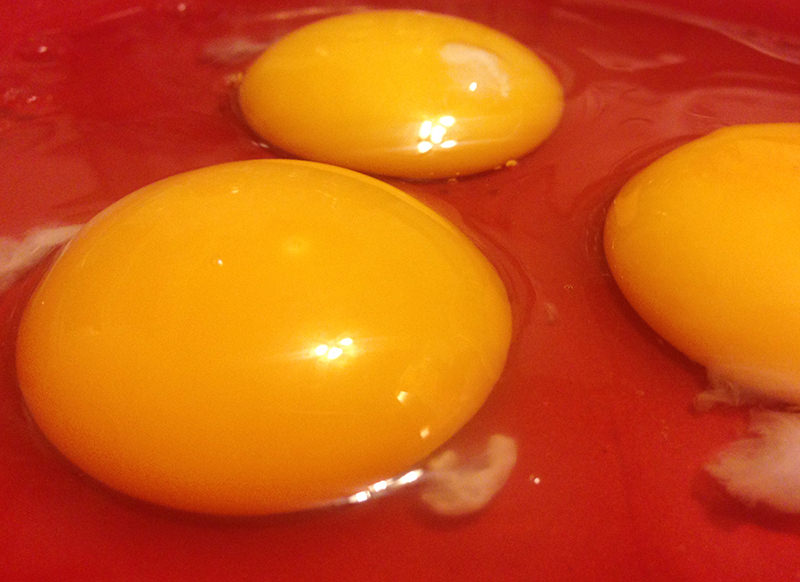 Not long ago, one of my hens laid an egg that weighed a mere ounce—even smaller than the USDA’s minimum weight for a peewee egg. Since then, the same hen has laid one more. Two days after I’d brought that second egg in from the nest box, I was busy getting the family ready and out of the door for the day and decided I’d whip up a quick egg-white sandwich to take with me.

But, that morning I went hungry.

The small egg was the third of the three eggs I’d grabbed from the fridge, and cracked into the hot, buttered iron skillet. I don’t remember now what my brain noticed first: the absence of yolk, the sight of watery black muck, or the smell of frying rot on the hot surface of the skillet that didn’t take its time filling the four walls of my home. I can’t say I’ve ever experienced anything that disgusting.

The rotten egg was only a couple days old. It wasn’t an egg set aside or forgotten in the nest box. I’d collected a handful of mildly dirty eggs that I was washing in a dishpan in the kitchen sink. (One of the newest hens has gone broody for the first time, and she is not the tidiest of broodies.) As I washed the eggs, none was floating. Floating eggs are known to be bad, eggs that sink to the bottom are fresh, and those that stand up a bit from the small end are aging but fine to eat.

That putrid egg was was fresh, but it sunk in water just like the rest.

Sometimes an egg has a defect we can’t see that can let in bacteria, but that kind of infection takes time. While rare, an infection of the oviduct can cause the formation of a rotten egg before it’s shelled and laid in the nest.

Black—or green or red—inside of an egg is a bright neon sign of infection. Because the egg was only two days old, and because it was handled like all the other healthy eggs, I was certain one of my hens was suffering. But, she hasn’t laid another rotten egg since.

Raising a mixed flock makes identifying eggs very easy. I know exactly who lays five of the eight kinds of eggs we collect, but three remain a mystery. Even so, I could separate our entire egg stash into eight distinct collections if I chose to. Because each breed lays her own individual shade, raising a mixed flock allows me to scrutinize one type of egg if necessary.

The total absence of yolk in the rotten egg was the most important clue. A 1-ounce egg from a large hen isn’t normal to begin with. So far, one hen has only laid two: one small egg with a normal yolk and a second without a yolk that was purely rotten. All other eggs of the same shade have been regular size, healthy and edible.

It’s time to isolate the three birds whose eggs I haven’t identified. What I do know is that she’s a member of the new flock. My hope is that it’s an isolated incident, but realistically, I have a feeling we’re headed toward a dire poultry circumstance.

Frying a rotten egg has been the most revolting experience I’ve had as chicken keeper yet. Have you ever had a hen lay a rotten egg?