Judith Hausman’s Blog – The Hard Stuff – Urban Farm OnlineThe Hard StuffIt isn’t surprising that locavores want to drink local wine and local beer. But now, artisanal distilleries are taking the next step forward to produce spirits so that your Derby mint julep, your summer martini and your Manhattan are all locally grown. artisnal […] 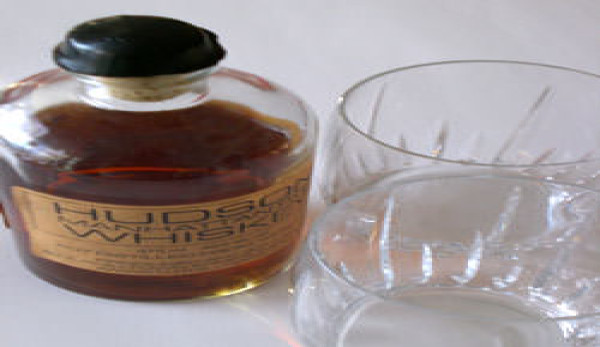 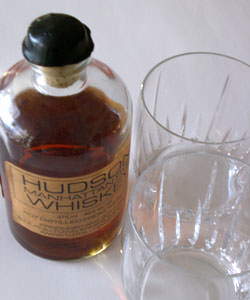 Drink this Hudson Valley whisky neat. And look for one distilled in your neighborhood.

It isn’t surprising that locavores want to drink local wine and local beer. But now, artisanal distilleries are taking the next step forward to produce spirits so that your Derby mint julep, your summer martini and your Manhattan are all locally grown.

While these distillers face more obstacles than craft beers or small production wine, such as a different tax structure and restrictions on direct sales and tasting rooms on site, they’ve nevertheless gained popularity. I’ve tasted earthy Berkshire Bourbon from Great Barrington, Mass., and pear eau-de-vie from Ashford, Conn., but I can stay right here in my home state to explore this trend. New York has the highest concentration of distilleries of any state east of the Mississippi, according to the NYS Craft Distillers Guild, recently formed by The NY Farm Bureau and the Agri-Business Development Corporation

The booze I know best is made by Tuthilltown Distillery in Gardiner, N.Y., in a former grain mill overlooking the Walkill River. Tuthilltown now has pretty wide distribution in the metro area. Full disclosure: I generally don’t drink spirits, but one deep breath of their grassy rye or orchard-scented, apple-based vodka make the success of their mission obvious. Their Spirit of the Hudson triple-distilled vodka passes through the beautiful, copper-and-brass distiller three times, and their Heart of the Hudson makes the journey twice. Both are made from local apples. The corn for their baby bourbon and their “white lightening” comes from the Hudson Valley, too.

Because the operation is so small, it can also quickly switch gears to produce an occasional pear eau de vie with the juice of local orchard pears, grappa with the leftovers from a nearby vineyard, and herb-scented gin and rum.

Like the Hudson Valley, the East End of Long Island already has a respectable wine industry for spirit makers to piggyback on but Liv vodka, from the first craft distillery on Long Island, is made from potatoes, a link to the region’s historical potato farms. The recent locavore interest in the revival of smaller farms has preserved the nearly-gone agriculture there.

Closer to the city, Brooklyn is the epicenter of hip food and handmade products, and several movers and shakers are busy restoring the pre-Prohibition tradition, when there were thousands of distilleries in Brooklyn. Breuckelen Distilling will produce corn liquor, whisky and bourbon this year, all from upstate grains. New York Distilling Co., started by Tom Potter (cofounder of the successful Brooklyn Brewery) is getting into the act and Kings County Distillery in East Williamsburg, Brooklyn, is making moonshine and bourbon.

The websites can tell you where to purchase these NY micro-products. Look around your own neighborhood, too. Chances are some clever and industrious distillers are setting up stills nearby — and not deep in the illicit woods this time around.