Ben Hartman's second book takes a detailed look at reducing waste and increasing efficiency in the business of growing vegetables. 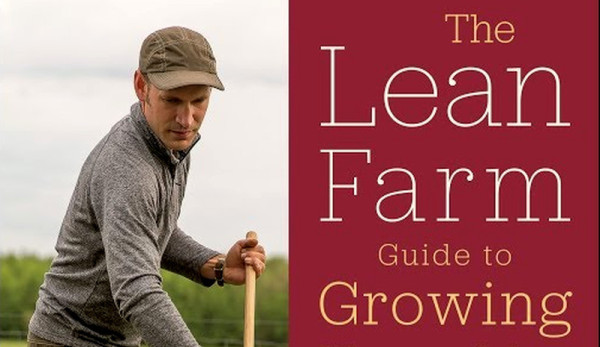 For people looking to make a better income as vegetable farmers, perhaps it’s not about doing more or having more land in cultivation. Rather, in the way Ben Hartman describes it in his new book, The Lean Farm Guide to Growing Vegetables, perhaps it’s about doing less.

For the past few years, I’ve followed Hartman’s implementation of lean manufacturing principles in agriculture with great interest. For the uninitiated, lean manufacture (also simply referred to as lean) is a system of manufacturing designed by car manufacturer Toyota (where it is called the Toyota Production System). This system emphasizes eliminating wasteful activity while continuously improving every part of your process to make it more efficient. So where does farming come in?

It turns out that lean doesn’t have to be about making cars. Though it started with Toyota, lean is simply about improving your production process, whatever that process is. For that reason, lean has been implemented in libraries, food banks, governments, hospitals, in various forms of manufacturing and now, with the help of Ben Hartman, in agriculture.

In Hartman’s first book, The Lean Farm,  he described lean manufacturing in detail and how it helped overhaul his farm, make it more efficient and reduce his workload to a reasonable 30 to 40 hours a week with better profits. Although Hartman certainly touches on some details about vegetable growing in that book, it served as an introduction and begged for a more detailed “field guide.” The result is The Lean Farm Guide to Growing Vegetables, due Oct. 20. You can watch a video trailer of the book here.

Published by Chelsea Green, The Lean Farm Guide looks in-depth at the practices Hartman uses on his own farm, how he utilizes many lean principles in the garden and greenhouse, and how anyone can use lean to increase profits with less work.

You get a little more of Ben’s backstory in The Lean Farm Guide—how he and his wife went about “leaning up” their farm—but then he quickly dives into the process of lean vegetable production with detailed chapters on lean crop planning and bed preparation. He discusses starting seeds, transplanting crops, weed and pest control (which as gardeners may attest can be very wasteful activities on a farm), and one of my favorite chapters, compost making.

That chapter is of particular interest because compost making on its surface does not seem like a very lean activity. Having flipped and watered piles many times myself on a small scale, it seems like the kind of activity that without the proper equipment could be incredibly wasteful and burdensome. Hartman doesn’t seem to entirely disagree with that assessment in The Lean Farm Guide. He suggests that if you have a good compost producer nearby, by all means save your time. But compost making is important enough to Hartman that he has made it work on his farm. In this chapter he breaks down how to source the materials for your compost and manage the piles—and do so efficiently under the guidance of lean “tools” for cutting waste and increasing value. Compost is extremely important to what Hartman does, so he has dedicated the time to making it efficiently, which is a great thing for those who might not have a reliable compost producer nearby to buy from, or who might have access to a lot of great organic material they’d love to turn to compost.

Ultimately, there is a lot that goes into lean manufacturing’s translation to agriculture, yet Hartman has done a superb job of being that translator. Reading through The Lean Farm Guide it is easy to see as a vegetable grower how Hartman is simply acknowledging the activities that make the job of the vegetable grower strenuous or inefficient then finding simple solutions. That is at the core of what lean farming is—always working to make the process of vegetable growing better through continuous improvement. With that in mind, I believe the people who will benefit most from this book are the ones who can look at their farm and see that it could be better. In a word, I think that’s everyone.