A new study finds external parasites are a problem for backyard chickens, but you don't need to worry—too much. 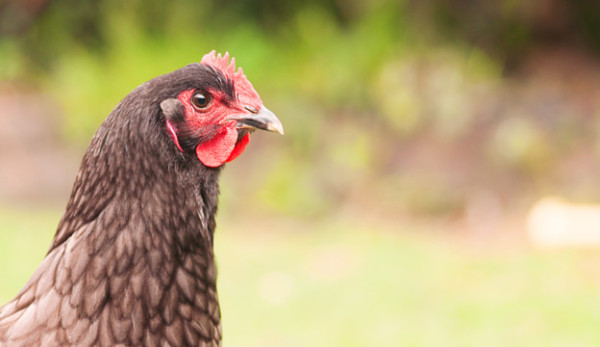 There’s something bugging backyard chickens: ectoparasites—fleas, lice and mites or any parasites that live outside of the chicken. You might have noticed your chickens seeming “off” at one time or another, being unusually irritated or having less egg production. You might have even seen bright-red mites on eggs you just collected. External parasites are a fact of life for chickens and livestock. They’re often dealt with by your birds without any intervention, and beyond that, they can be controlled and aren’t the end of the world.

University of California, Riverside, researchers studied 100 backyard chickens in 20 spots around Southern California during the summer and found that outdoor flocks are more likely to have ectoparasites than chickens kept indoors. This makes plenty of sense because chickens kept indoors for their whole lives aren’t exposed to most natural elements, whereas those with access to the outdoors get the good and the bad of the surrounding environment—of which parasites are a natural part. I don’t see the UCR finding as being terrible news, though it’s a topic that I think every chicken keeper should learn about for the health of your flock. I have personally dealt with mites on chickens, and those chickens have lived to tell the tale.

In this study, 16 of the 20 chicken-keeping properties surveyed had ectoparasites. On many properties, a few to a dozen individual parasites were found per bird, but some louse and flea species were “abundant”—meaning dozens to hundreds of individual parasites were present on some birds. Researchers even considered damage by one species of flea to be “severe” on two properties. One louse species in particular was most prevalent, found at half of the properties and on about one-third of the birds.

Three thoughts on this:

Ban Parasites From Your Coop

When an external-parasite population gets out of control, it can decrease reproductive potential, egg production and weight gain in poultry. In very serious situations, it can also cause anemia and death. Some veterinarians suspect they play a role in transmitting diseases, such as encephalitis viruses, fowl pox virus and bacteria.

“Parasite diversity in peridomestic flocks greatly exceeds what is routinely observed on commercial chicken flocks and highlights a need for increased biosecurity and development of ectoparasite control options for homeowners,” the study reports. I definitely agree with this statement. External parasites are a reality, but there are things that can be done to reduce their populations: