Everything is muck and mire on our farm. According to our rain gauge, 13 inches of rain fell in just four days! Uzzi and I huddled in our Port-a-Hut while storm after storm roared by. 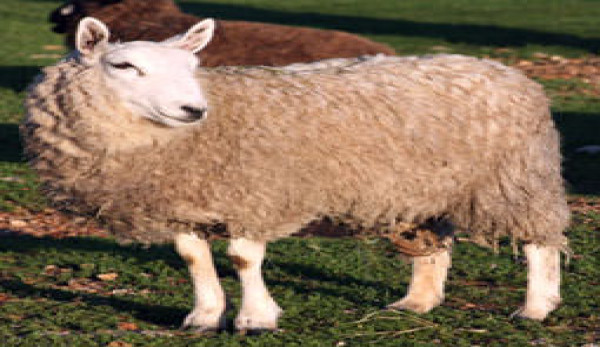 Everything is muck and mire on our farm. According to our rain gauge, 13 inches of rain fell in just four days! Uzzi and I huddled in our Port-a-Hut while storm after storm roared by. Uzzi hates thunder, so he was scared.

Now, itâ€™s over, but oh, the mud! Our pens and paddocks are a quagmire. Uzzi and I lounge on top of our Port-a-Hut to get away from it (Dad made us a cool ramp up to the top), but the sheep are living in the yard.

The sheepâ€™s night fold is a mass of soggy, waste hay (sheep are messy eaters) and inches and inches of squishy mud. This way they can sleep on grass. Sam the Lamb came to see us yesterday morning with rain dripping off of his fleece. Uzzi asked him, â€śHey, Sam, arenâ€™t you afraid your wool will shrink?â€ť Thatâ€™s goat humor. (Sam didnâ€™t laugh).Â

Tumnus, Big Mama and Shebaa the ewe are limping today. Mom thinks theyâ€™re getting foot scald, a problem when cloven-hoofed animals stand in mire. Itâ€™s caused by an anaerobic bacterium called Fusobacterium necrophorum present in most soil; anaerobic means they die when exposed to oxygenâ€”but they love thick mud. Fusobacterium necrophorum is half of a combination of bacteria that cause a nasty disease called foot rot; the other is Bacteroides nodosus, but we donâ€™t have that on our farm. Foot scald is a milder infection of the skin between the two claws on a cloven-footed animalâ€™s hoof. The skin gets pink to white in color, moist and raw. Itâ€™s painful and it makes us limp, but unlike hoof rot, it doesnâ€™t deform and destroy our hooves.

Solid-hoofed animals, such as horses and donkeys, get foot problems from standing in muck, too. One disease is called thrush.

And all of us, from horses to the sheep to Carlotta the pig, are prone to aÂ mud-related diseaseÂ of the skinÂ called dermatophilosis because the agent that causes it is in the soil on our farm. Dermatophilosis, also called Mycotic dermatitis, is caused when a bacterium, Dermatophilus congolensis, invades teensy abrasions in skin softened by prolonged exposure to rain. When it occurs on an animalâ€™s body, people call it rain rot, rain scald or lumpy wool (on sheep). Itâ€™s usually found on an animalâ€™s back and neck, but in bad cases, it spreads all over the body. Sometimes it occurs only on legs, especially legs with white markings, and then itâ€™s called scratches or grease heel. It causes scaly, itchy, scabby skin that lifts off in crusty patches. Ouch!).Â