The Secret Behind Cold-Hardy Plants

Ever wonder why your tomatoes die but your kale thrives at the onset of cold weather? There’s a scientific explanation! 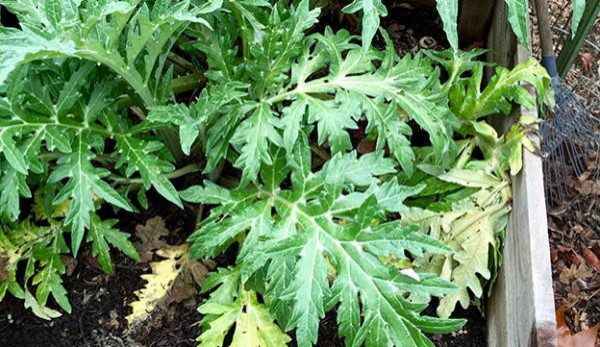 It’s that time of year where I basically do not farm. The garden is on semi-hiatus, except for the winter plants that are pretty much in maintenance mode. I got a new layer of mulch down, let a couple of beds go dormant, and have planted cold-loving turnips, radishes, Brussels sprouts and kale. I let the beans grow until the last possible moment, and now, following a couple of frosty mornings, they’re hanging limply from their trellis, a twisted mess of black, slimy leaves, while just across the way, the kale planted last spring is still growing like mad.

What’s up with that? Why do some plants (Brussels sprouts, turnips, radishes, kale) shrug off the frosty mornings without a hitch, while others (beans, tomatoes, squashes) melt into a disgusting, slimy black heap?

This, folks, is the kind of thing I spend my time mulling over when I am not actively gardening. But it’s weird, right? Time to hit the interwebs to satisfy my curiosity. Either that or lie in the dark eating cookies. Sometimes it’s a tough call.

Anyhoo, there is a lot of sciency stuff out there about this. I found a bunch of sites that use words like “solutes” and “extracellular,” which made the eating cookies in the dark option begin to appear very attractive, but I finally sorted it out.

Basically, some plants are able to create proteins that protect their cell structure, and keep their little plant cells from being frozen and ruptured. Remember that beer you left in the freezer too long? Yeah, like that. Only imagine that the beer can could create a magical shield and instead of exploding all over last year’s green bean harvest, it would retain its essential beer-ness and protect itself from freezing and rupturing. Kinda awesome.

In the Fortress Garden, it’s pretty clear which plants can produce these magical explosion-preventing proteins and which cannot, as evidenced by the vigorous kale patch and the sprouting radishes, turnips and carrots, but there are a lot of frost-tolerant veggies besides what I’ve got going on right now.

Carrots, radishes, turnips, onions and garlic will overwinter well. I’m testing out leeks, figuring they are in a similar family as onions. Some kinds of lettuces do pretty well, too, so I’ve got a mix.

Now, granted, in my corner of Northern California, winter means temps that only occasionally dip below 30 degrees F, though we do get into the teens on some rare occasions. This means we’re talking about plants that will tolerate frost, not really hard freezes. I expect even some of my allegedly cold-hardy plants won’t make it through, but those that do will have a space waiting for them next winter, per my “Gardening by Survival of the Fittest” policy. Gotta play to your strengths, right?

And even though the winter garden is a bit less productive, it’s also much less labor-intensive. It’s beyond great to be able to wander down and grab a handful of greens or some broccoli on a cold winter day, then run back for the couch and cookie jar—and maybe the tiniest nip of spiked eggnog.