The Secret To Getting The Best Cilantro Crop Ever

A cool-weather crop, cilantro can be quite plentiful if you know when to plant it. 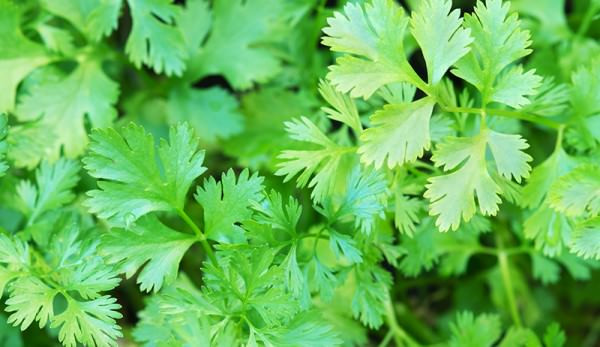 Cilantro (Coriandrum sativum) is an herb that’s used in endless recipes. The fresh green leaves have a distinctive flavor and are used in dishes from nearly every continent. The dried seeds, known as coriander, also lend their flavor and aroma to numerous culinary traditions. Cilantro is readily found in the produce section of most grocery stores, but growing your own is both simple and cost effective.

Cilantro is a member of the carrot family. It’s a non-hardy annual native to southern Europe and North Africa. The foliage forms a foot-high mound, and when the plant goes into flower, the flowering stalks can grow up to 3 feet tall. Cilantro’s leaves are a lush green, making this herb a beautiful addition to the garden. Not to mention how welcoming the flowers are to pollinators and other beneficial insects.

The trouble with cilantro is that it prefers cooler weather and will quickly go to flower (bolt) when the weather warms. When the flowers appear, the flavor of the foliage changes. Although many growers allow the plant to flower so they can harvest the seeds as coriander, it’s always a disappointment that fresh cilantro leaves aren’t “in season” the same time the tomatoes are. It makes homemade salsa a difficult proposition.

If you’d like to grow cilantro of your own, you’d do well to remember how much this herb likes cool weather. Seeds are typically sown directly into the garden in very early spring. Here in Pennsylvania, many growers sow their first crop of cilantro in late March or early April. The leaves are ready to harvest by late May, and they can continue to be harvested until the plants go into flower in early July.

Getting More Out Of Your Planting

However, I get the best production from cilantro that’s planted in the fall. I do this two ways. First, I sow new cilantro seed into the garden in early August. If I keep the seedlings well-watered until summer’s heat subsides, I’m able to harvest quite a bit of fresh foliage from mid-September up until the plants freeze in November or December.

My second fall-planted cilantro crop is the one that often results in the biggest yields. When cold temperatures arriveâ€”around here, that’s sometime after Thanksgivingâ€”I head back out to the garden to plant more cilantro seeds. I plant them very shallowly; barely covering them with a light layer of soil. The seeds will sit dormant all winter long and germinate at precisely the right time the following spring. In my experience, this cilantro crop produces the biggest, healthiest leaves with little help from me. I’m able to harvest fresh cilantro as early as April with this late-fall planting. Plus, in my garden, these plants often seem to be slower to bolt, taking their sweet time and yielding bunches and bunches fresh foliage.

To harvest my cilantro, I use a sharp pair of herb snips to cut off the leaves. Then I quickly wash them under cold, running water, and tear the leaves rather than chop them. If I’m harvesting cilantro for later use, I put the cut end of the stems into a glass of water on the kitchen counter. They’ll last for several days if I occasionally mist the leaves with water from a squirt bottle.