The Story Behind the Memorial Day Poppy

Since World War I, the field poppy has been a symbol of the courage of the soldiers who sacrificed their lives fighting for our freedom. 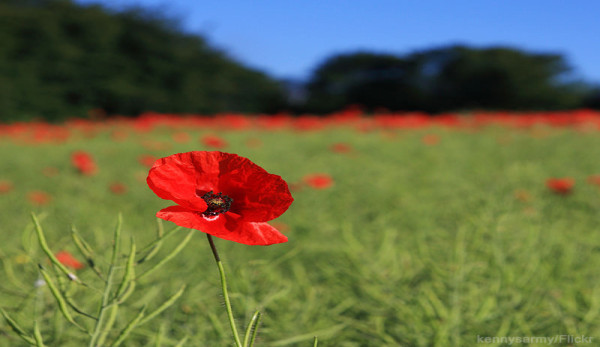 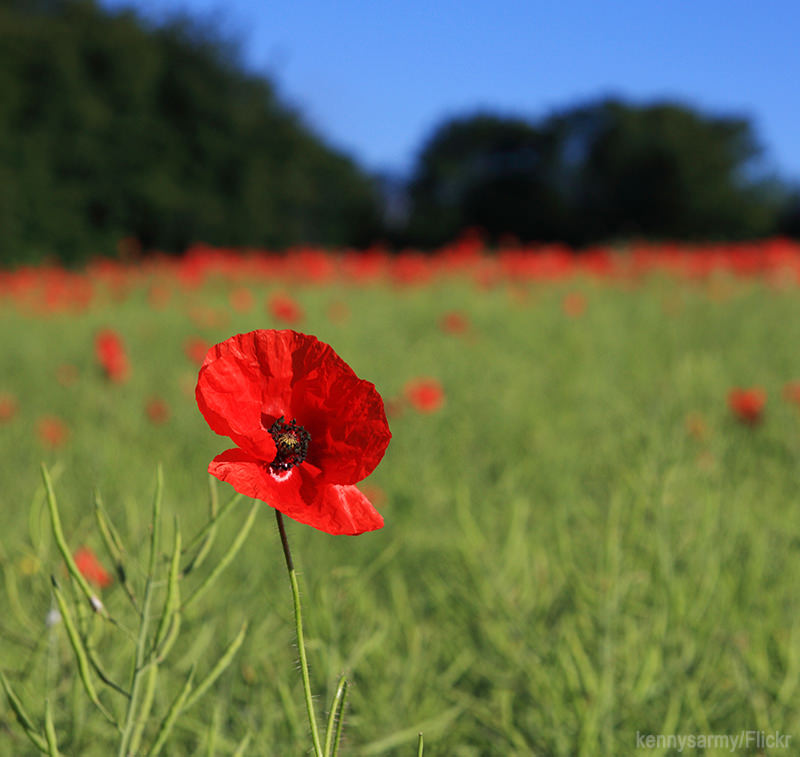 Just about a week ago we celebrated Memorial Day. We are always at a farmers market on the Saturday of Memorial Day weekend, and the one thing I can count on each year is receiving a red paper poppy pinâ€”phew, say that three times fast!

If youâ€™re like me, youâ€™ve taken this pin many times without really knowing the story behind it. The veterans handing them out are not intending to pressure you into letting loose of your pocket change. The poppies serve as a reminder of those who sacrificed their lives for our freedom. The pins are traditionally made by injured veterans and the money that is donated goes back into their care.

It is most likely the field poppy (Papaver rhoeas) that we pass around in paper form. Itâ€™s a species common to Europe and Asia, but it can be grown in the U.S. Classified as a hardy self-seeding annual in zones 4 to 7, it likes to grow in neutral soil in the full sun. Itâ€™s survival strategy is what led to itâ€™s immortalization.

The story goes that a Canadian surgeon and soldier named John McCrae stood in Flanders Fields after a battle in World War I. The ground had been raked over with heavy machinery and the artillery had blown up areas of the sod. Nothing green or living remained after the carnage, but as McCrae stood ruminating over so much blood and life lost he noticed that here and there the red of a field poppy stood in defiance. He wrote a poem called “In Flanders Fields,â€ť hoping to speak for the fallen soldiers and using the poppy as a remembrance of their lives and sacrifice.

The seeds of field poppy drop onto the soil and await a disturbance. They germinate and produce a new crop only when the soil has been turned over, such as was the case in Flanders Field during WWI. This must have seemed like the earth was weeping flowers to McCrae, who had seen the field before the battle. Any poppies that had been growing would have been destroyed, yet the flowers had a way to stand tall even after so much loss of life.

From an herbal standpoint, the field poppy is a cousin to the much storied opium poppy and has some of the same effects in the body, though milder and without the addiction. You may pick the leaves and dry them for use in teas to relieve pain or to ease sleeplessness.

I have to admit to being utterly entranced with poppies. I am planting Papaver rhoeas in my gardens this year, and now that I know the story behind their use by the Veteransâ€™ Associations around the world, I will look at their blooms and remember those who have sacrificed so that I might have the freedom to sit in the warm breeze on a sunny day and ponder my blooms.