Follow these six guidelines to a better life for you and future generations. 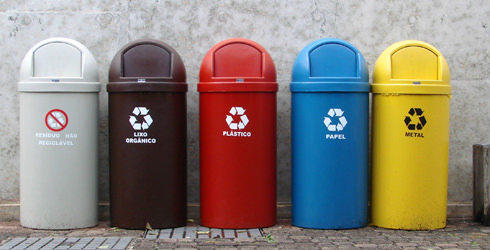 Recycling is one of the easiest ways to reduce the amount of waste you create. Most cities offer recycling services to recycle cans, glass, cardboard, paper and plastics.

Whether you‚Äôre managing a 40-acre farm or farming a 1/4-acre lot, there‚Äôs something deeply satisfying about connecting with the land, growing your own food, and living a life that offers a chance to be self-sufficient. As an ever-expanding population increases the demand on what our finite planet has to offer, it becomes more and more important to consider how we can meet our own needs while ensuring the ability of future generations to do so as well.

Humans are realizing that the way we live is unsustainable: We are using Earth‚Äôs resources faster than they can be replenished. We‚Äôre polluting the land and the water, threatening our own existence and that of the other creatures that share this planet with us. Environmentalists have been concerned about this for years, and now those concerns are finally spilling into the mainstream media. It‚Äôs hard to pick up a newspaper or magazine without reading about how our collective lifestyles are affecting the planet.

Post-World War II generations in this country have witnessed changes and improvements taking place at an amazing pace, leading to belief in the prospect of continuing growth and the infinite expansion of technology. From the kitchen to the vegetable beds, modern technology has given us conveniences that make our lives simpler, help us be more productive, and give us more time for leisure pursuits. But these conveniences come at a cost we are only now beginning to understand.

Petroleum has been the driver in many of the advances, and it permeates our lives in ways people may not even realize. Besides heating our homes and fueling our vehicles, petroleum derivatives are found in plastics, chemical fertilizers and even beauty products. The plastics that are part of the landscape of our lives ‚Äî food storage bags, containers and wrap, toys, baby bottles, diapers, and more ‚Äî are not biodegradable and will be on our planet forever.

Use of petroleum fuels is believed to be a significant contributor to climate change. The over-use of chemical fertilizers on our farmland has led to pollution of groundwater. The Sierra Club reports that runoff of chemical fertilizers from farms in the heartland has created a dead zone at the mouth of the Mississippi River that varies in size annually from 4,000 to 7,000 square miles but has been growing since 1993.

In November 2007, Steven Strong, owner of Solar Design Associates in Harvard, Mass.‚Äîwho was lauded by Time magazine in March 1999 as a ‚Äúhero for the planet‚Äù ‚Äî gave the keynote address at a forum on alternative energy in Harvard, a small New England farming community. He told the audience that the petroleum-based fuels that were ‚Äúthe life blood of our society‚Äù are now entering a period of ‚Äúprecipitous decline,‚Äù and of climate change, said, ‚ÄúAll the experts say this is the largest crisis humanity has ever faced.‚Äù (For the record, there is widespread debate on climate change in the scientific community.)

There are good reasons to look for ways to bring about change. As daunting as these challenges may seem, there are things we can do‚Äîlifestyle changes we can make ‚Äî to contribute to solutions and to live more lightly and sustainably on Earth, meeting our own needs while leaving precious resources for those who come after us.¬Ý

The most important way to wisely use the resources we have is to find ways to use them sparingly. The good news is this will also help save money by lowering utility and fuel bills.

A good place to start is to have a home-energy audit. Some utility companies will do them for free and often offer coupons for equipment upgrades and appliance replacements. As part of these audits, companies frequently offer a number of replacement light bulbs, in the form of compact fluorescent bulbs (CFLs). CFLs use up to 75 percent less energy than conventional incandescent bulbs while providing similar light quality, albeit carrying stringent handling and disposal requirements due to mercury content.

Electronics such as instant-on appliances, computers, video games and TVs drain electricity even when they aren‚Äôt turned on ‚Äî earning them the name ‚Äúenergy vampires.‚Äù If they‚Äôre plugged in to a power strip, the power source can be easily cut when they aren‚Äôt in use.

If you‚Äôre in the market for new appliances, look for those with the Energy Star label, which indicates that they‚Äôve been certified by the U.S. Environmental Protection Agency and the U.S. Department of Energy as more energy-efficient.

When it comes to home heating, insulation can help cut the use of fuel. If you haven‚Äôt done it already, consider insulating attic floors, exterior walls and even electrical outlets on exterior walls.

Seal air leaks around doors with weather-stripping and door sweeps. Caulk cracks around windows. When remodeling or upgrading your home, consider using air-tight replacement windows. If new windows aren‚Äôt in your immediate future, consider covering the interior side of cold windows with plastic or, better yet, bubble wrap. A programmable thermostat can help conserve fuel if you set the temperature lower during long stretches when you aren‚Äôt home. Insulate hot-water tanks and hot-water pipes to conserve energy required to heat your water.

In fall 2008, President Bush signed into law the Emergency Economic Stabilization Act of 2008, a bill that allows tax credits for energy-efficient home improvements ‚Äî such as windows, doors, roofs, insulation and more ‚Äî made during 2009, so the time is ripe for considering home upgrades.

Beyond thinking about what resources we‚Äôll leave to future generations, we need to think about the condition in which we leave them. Over the years, we‚Äôve learned that our cars, trucks, planes and factories pollute the air and that chemicals from a number of sources can pollute our water and soil. If you‚Äôve ever lived on a farm, you probably already learned some of the ways we can restore the health of the soil without resorting to synthetic chemical additives.

Composting¬Ýisn‚Äôt news to those who garden. It helps eliminate waste and creates a natural fertilizer that will help build healthy soil. It can include animal manure, yard waste, plant-based kitchen scraps, and even cardboard and paper. Books have been written about how to speed up the decomposition process that produces this ‚Äúblack gold.‚Äù Compost tea is lauded as a natural deterrent to many pests and diseases when sprayed on plants.

Mulching around plants with materials that will decay and add to the organic matter in the soil will help keep down weeds and provide a natural fertilizer that will benefit the plants, without the use of synthetic chemicals. Grass clippings are especially effective in the vegetable garden, since they‚Äôre high in nitrogen, craved by many vegetables. Pine needles make effective mulch around blueberries and other acid-loving plants.

Companion planting helps eliminate the need for chemical pest control and encourages plants to thrive. For example, asparagus and tomatoes are two plants that do well together. According to Louise Riotte‚Äôs book, Carrots Love Tomatoes (Storey, 1998), tomatoes contain solanine, which protects asparagus from asparagus beetles. Riotte says that marigolds repel the Mexican bean beetle when planted among bean plants, too.

Permaculture is a concept that may be less familiar than composting and mulching. Back in the 1970s, two Australians ‚Äî Bill Mollison and David Holmgren ‚Äî along with some colleagues, created a design methodology known as permaculture, which incorporates principles by which agriculture can, in theory, be sustained indefinitely. Permaculture habitats are designed to include self-renewing food systems that let nature take over the heavy lifting of soil health and pest control.

They include perennial plants for food ‚Äî such as asparagus, strawberries, rhubarb and Jerusalem artichokes ‚Äî and enlist the help of animals, such as chickens, in pest control. Permaculture landscapes include dual-purpose plants that provide food as well as shade or simple ambiance. Blueberry bushes can take the place of burning bush to provide red accents in a fall landscape; nut trees can replace oaks and ashes.

Lynda King is a freelance writer who lives in a challenging 19th-century farmhouse in central Massachusetts. She writes about sustainability, food, organic gardening, the environment, and family research.