The Thing No One Wants To Talk About: Septic Systems

Keeping your septic system in working order can mean the difference between carefree country living and a stinky situation. 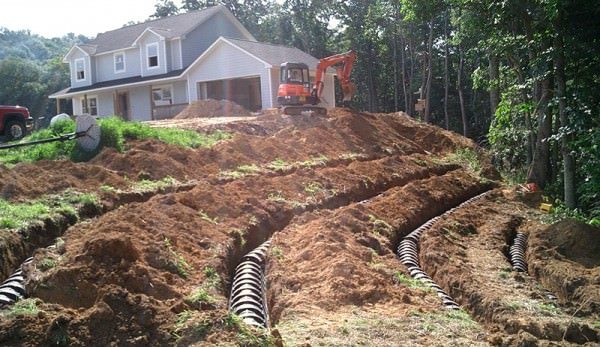 There are a lot of advantages to rural living: the peace and quiet, the room to fulfill your dreams and the privacy from neighbors. But as many people discover, the price of solitude is sometimes paid with inconvenience. Spotty or nonexistent cell coverage, slow internet speeds and long drives to stores are a few of the common downsides. Another potential and sometimes overlooked inconvenience: septic systems.

What happens when you live far, far away from the nearest municipal sewer line, as is the case for many rural residents? Youâ€™ll likely make use of a septic system for treating and disposing of household wastewater: either a more traditional inground septic system or a mound system.

If youâ€™re in the market to buy a farmhouse, be prepared for the possibility that the septic system will need to be updated, especially if youâ€™re considering an older dwelling or a home that is about to change hands for the first time in many years.

Depending on where you live, you may be required by law to replace or update the septic system to bring it up to code upon purchase. In some cases, current regulations may mean that even a perfectly functioning system might need to updated. Itâ€™s even possible that a currently working system will need to be replaced with a more expensive mound system, resulting in additional expense. So do your homework, get an inspection and prepare for these possibilities in your farm-purchasing budget.

Septic system freeze-ups are possible during winter months, and they sometimes occur during very cold snaps when there isnâ€™t enough snow to act as insulation. Take care not to disturb the snow between your house and the septic tank or between your tank and the drainfield.

Donâ€™t plow or shovel near these areas, and youâ€™ll especially want to avoid driving machinery on or around your septic system during the winter months, as the compacted snow will not insulate nearly as well. Weâ€™ve all seen how wintertime traffic can disturb gate posts and crack sidewalks, but it can also freeze your septic, so be careful, and keep those farm machines.

The Environmental Protection Agency says that a typical septic system should be inspected at least every three years by a licensed contractor and your tank pumped as recommended by the inspectorâ€”generally every three to five years.