Over half the food in the U.S. doesn't make it to a plate, new research suggests. 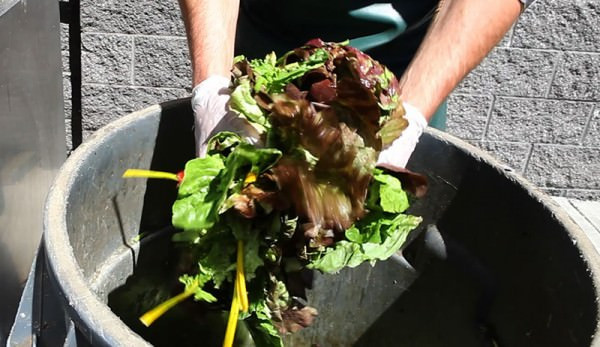 The stats on food waste are bleak. You’ve probably heard from the Food and Agriculture Organization of the U.N. that 40 percent of U.S. food is thrown away. While much of this waste has occurred on the consumer end—in our homes, restaurants and grocery stores—leading retailers to start selling “ugly” produce, farmers have chimed in to say that even more food waste could be happening. And they’re owning up to the problem.

Due to an food industry that promotes the bold and the beautiful, farmers are admitting they let much of their crop stay in the fields to be tilled under or fed to livestock because they won’t be able to profit off of the imperfect produce.

“I would say at times there is 25 percent of the crop that is just thrown away or fed to cattle,” California farmer Wayde Kirschenman told The Guardian. “Sometimes it can be worse.”

If you’re a market farmer, you understand the dilemma. The pretty stuff has to come out first because it’s going to sell first. Even if you pull out a squash that grew in an abnormal shape or a tomato with some discoloration—both of which are perfectly OK to eat, just not what your customer had in mind when they set out for the farmers’ market—you know it will likely sit on your table for awhile if it even sells at all. The thought of it going to waste is probably more upsetting to you than to anyone who loses sleep over our food waste epidemic, but it’s the unfortunate reality.

We still don’t have a completely accurate picture of how much food waste is occurring in the U.S., but with retail and farm losses combined, researchers are saying that more than half the food in the country doesn’t make it to a plate, according to The Guardian. And that’s a tough place for farmers to be in.

What are you doing on your farm to overcome the food waste problem? Share your thoughts and ideas in the comments below.