These States Are Top In Organic-Certified Farms

Which states top the nation in numbers of organic-certified farms? Here are the 12 in the lead, ranked according to a per-person basis. 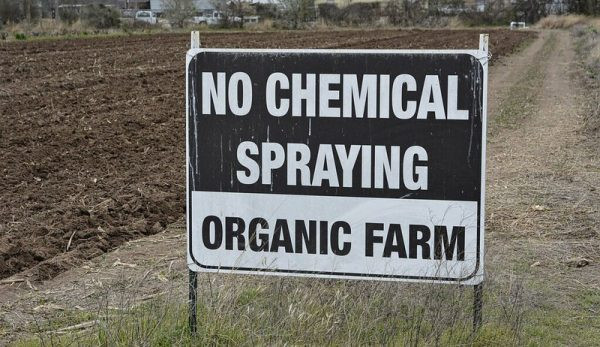 With a nickname like the Green Mountain State, it‚Äôs fitting that Vermont has cultivated a sizable presence in organic farming. A LawnStarter review of data from the USDA shows Vermont leads the country for the number of organic-certified farms per 100,000 residents. The state had 556 organic-certified farms in 2016, or 89 per 100,000 residents, making it the country‚Äôs runaway winner when comparing a state‚Äôs number of organic farms with the state‚Äôs 2016 population.

‚ÄúMore than 80 percent of Vermont‚Äôs agriculture is centered in nonorganic dairying, and the number of organic dairy farms has remained stagnant‚Äîaround 200‚Äîfor many years,‚Äù Colby says. ‚ÄúAs a percentage of the whole dairy industry, organic dairies are rising, but that‚Äôs exclusively due to the high rate of conventional dairies that are going out of business.‚Äù

Ben & Jerry‚Äôs and Cabot Creamery are two of the biggest players in Vermont‚Äôs dairy industry. Each year, the state produces more than $500 million worth of milk.

Dairy farming ranks as the No. 1 economic driver in Vermont‚Äôs organic agriculture sector, but production of organic fruits and vegetables also is popular, Colby says. He attributes that, at least in part, to the state‚Äôs greater-than-average number of small-scale ‚Äúboutique‚Äù fruit and vegetable farmers.

Colby‚Äôs group is pressing for adoption of a statewide plan that would shift Vermont‚Äôs dairy industry entirely to organic.

‚ÄúThis transition is necessary because of the severe economic, environmental and animal welfare threats of conventional dairying,‚Äù he says. ‚ÄúThis transition would dramatically reduce the number of cows and the land used to grow the GMO-corn fed to conventional dairy cows, thus freeing up land and resources to diversify our agricultural crops and products and, hopefully, putting an emphasis on local and regional consumption.‚Äù

Based on LawnStarter‚Äôs analysis of USDA and U.S. Census Bureau data from 2016, here are the 12 states where organic-certified farms are most prevalent (on a per-person basis).

The upper Midwest has a strong hold on organic farms.